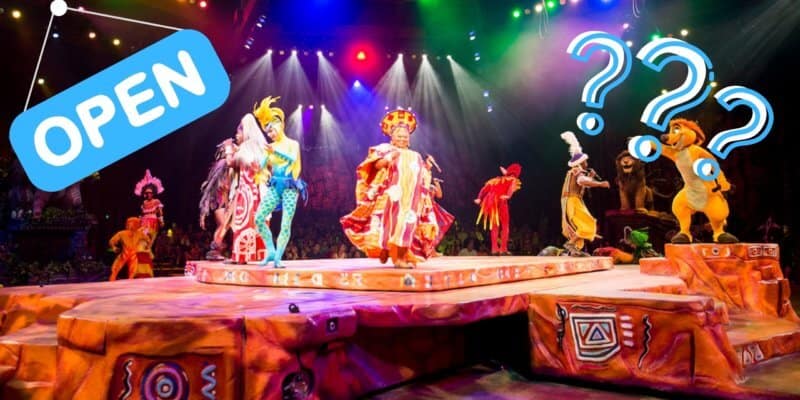 When it comes to entertainment, Disney has you covered. From parades, to stage shows, to epic nighttime spectaculars, being blown away is an easy task at Walt Disney World. Their stage shows, specifically, are always Broadway-level in terms of sets, performance, and experience. Unfortunately, after Disney World in Orlando, Florida reopened, we lost most of the theme park’s entertainment. There may have been many reason for this change, but the 2 main ones are likely:

1. The inability to social distance

Disney brings in many Guests to it’s theme parks, and when there is a spectacle such as a parade, all of those Guests crowd together. During a pandemic where social distancing is key, this would be a unavoidable disaster.

This has since resolved, but prior to opening terms between the acting union and The Walt Disney Company were not solidified, forcing Disney to have no choice but re-open without their performers.

With issue #2 being resolved, solutions for social distancing in shows are possible with a reduced capacity and spread out theatre, which seems to be the case for Disney’s Festival of the Lion King at Animal Kingdom.

Animal Kingdom has two fantastic stage shows that currently remain closed. Disney’s Festival of The Lion King and Finding Nemo: The Musical are two of Disney World’s top shows. It seems like one may be reopening sooner than we thought!

Although Disney has made no mention of Festival of the Lion King reopening at Animal Kingdom, there have been social distancing markers placed in the queue and new hand sanitizer stations located throughout the area. All we can say is Hakuna Matata! These new additions are breadcrumbs to a possible reopening of the show.

Missing this show right about now ? ⁣ ⁣ With Disney recently increasing capacity for the parks, it would help out a lot if they reopened some of the attractions and shows! I’m not big into shows, but the Festival of the Lion King is one that I would see as soon as it reopened!

In both photos above we can see the hand sanitizer station ready to be put to use on the right side of the theatre’s entrance with hazard social distance markers beginning from the entry way of this show. There is also new signage on the garbage can at the entrance of Festival of the Lion King to remind Guests that they must keep 6-feet apart when waiting in the line. We can see these measures being taken on attractions throughout Walt Disney World, so it makes sense that social distancing and sanitization will continue throughout the stage shows at Disney as they gear-up to reopen.

If Disney keeps Guests spread out throughout the theatre, it seems that reopening the curtain for Festival of the Lion King is very possible! It is important to remember this is all speculation at this point. The stage show is one that heightens Guests experience at Animal Kingdom from the acrobatic monkeys, to the singing, to the parade floats. It truly is a ‘festival’ and we cannot wait to attend it once again!

Do you think Festival of the Lion King will reopen at Animal Kingdom? Let us know!