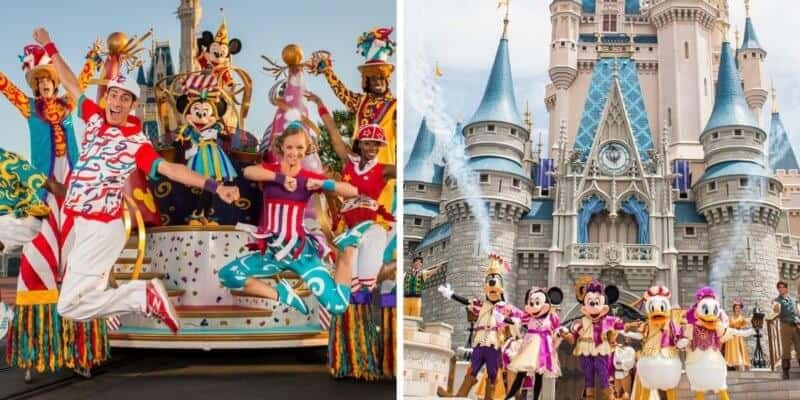 This last wave of Disney World layoffs has affected so many entertainment shows and Cast Members, including Hoop-Dee-Doo, the Citizens of Main Street, Beauty and the Beast Live on Stage, the Monsters, Inc. Laugh Floor, The Festival of The Lion King, Finding Nemo The Musical, and the Citizens of Hollywood.

This morning, we are seeing even more shows and entertainment being affected by this recent wave of layoffs, including some iconic Magic Kingdom parades and shows.

According to reports on Twitter, the performers in both the Move It! Shake It! MousekDance It! Street Party as well as Mickey’s Royal Friendship Faire have been affected.

Heard move it shake it singers & the castle show performers too

Another Twitter user has shared “They have mentioned Indy at Hollywood yet and I know they were let go as well as Equity performers in Move It Shake It and dances in Royal Friendship Fair.”

Please keep in mind that last night’s and today’s layoffs are part of the original 28,000 The Walt Disney Company originally announced last month. For a full list of the recent entertainment layoff news, check out our website here.

Move It! Shake It! MousekDance It! Street Party

In case you never got to see the Move It! Shake It! MousekDance It! Street Party, the official description reads:

Clap your hands, sing along and boogie down as Mickey and Minnie are led down Main Street U.S.A. to Cinderella Castle by energetic, live-singing hosts on a fun-filled “mouse”-ical procession.

Move and shake along to the new, original song “It’s a Good Time” and modern remixes of classic tunes. Donald, Daisy, Goofy and Clarabelle will be there too, complete with dazzling floats.

You can watch a full video of a performance from 2019 on our YouTube channel here:

You can watch a full video of a performance from 2016 on our YouTube channel here: