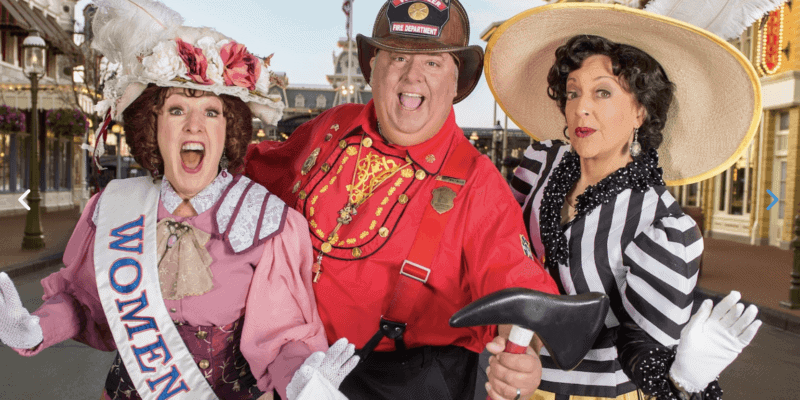 Note that at this time, Disney has not shared any updates regarding when Guests can expect the Citizens of Main Street to return to Magic Kingdom.

There’s a lot about the Disney layoffs that have been upsetting but the Citizens of Main Street is truly the most disheartening.

Yet another Twitter user @wickedmunckin confirmed the news about the Citizens of Main Street,U.S.A. Cast Members being impacted by the entertainment layoffs.

These performers, who dressed in turn-of-the-century attire and performed up and down Magic Kingdom’s Main Street, U.S.A. area in front of Cinderella Castle were beloved by many and will be sorely missed by Disney World fans of all ages. The Citizens of Main Street had not been present at Disney World since the phased reopening began in mid-July.

The Disney layoff emails that are being sent to entertainment Cast Members tonight are part of the previously announced 28,000. Both Walt Disney World and Disneyland Resort Cast Members have been impacted by tonight’s unfortunate news.

If you would like more information about Disney World’s Citizens of Main Street, you can visit their official webpage, which describes them as:

Say “how d’you do” to some fascinating folks from another era. Smartly attired in early 20th-century finery, these larger-than-life small-town denizens can be spotted along Main Street throughout the day.

They’re always charmed to make your acquaintance and bend your ear with the latest local scuttlebutt. You might even be treated to a rousing recital from the Main Street choir.

Don’t forget to bring your newfangled picture-taking gizmo—these folks are always happy to pose for a portrait!

The ITM team sends our best wishes to all those affected by tonight’s entertainment layoff notices.