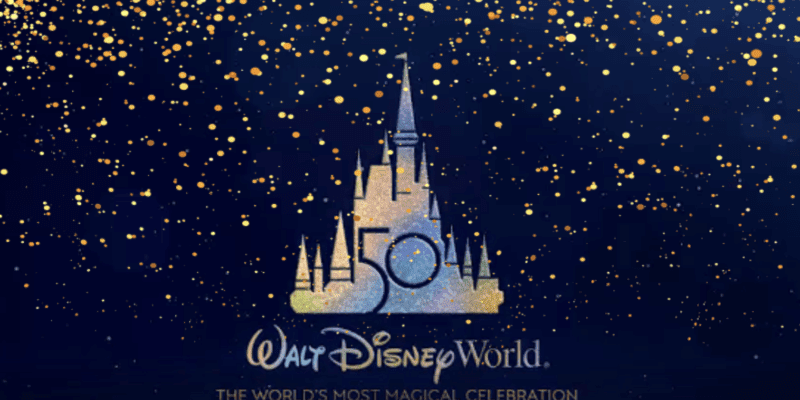 According to everything we know so far, a major party was in the works at all four Disney World theme parks for the 2021 Golden Anniversary. Now, however, the pandemic has thrown a wrench into Disney’s big plans.

Here, we break down exactly how much Walt Disney World’s 50th Anniversary celebration is likely to be scaled back due to the resort’s temporary closure this year and financial concerns for the Walt Disney Company as a whole. Keep in mind that Disney has remained quiet about what exactly will be available for the 50th anniversary (as well as when the celebrations will start exactly) so we still await more official information. 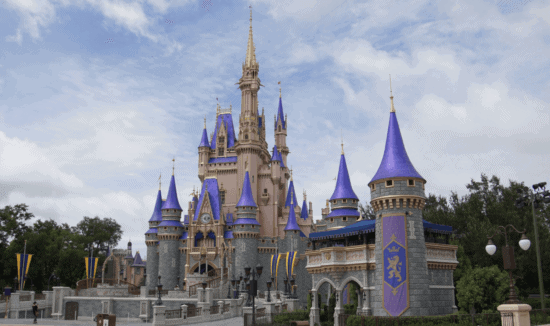 What projects are moving forward?

We’ll begin with some good news! Several key projects planned for the 2021 50th Anniversary extravaganza are still slated to be completed on time.

The new Magic Kingdom TRON roller coaster is currently under construction and is on-schedule to be finished prior to the Disney World anniversary next year. The Tomorrowland ride is modeled after the popular TRON attraction at Shanghai Disneyland.

This attraction is also currently under construction and appears to be near completion in the France Pavilion in EPCOT’s World Showcase area.

Another roller coaster, Guardians of the Galaxy: Cosmic Rewind is set to be located in EPCOT’s new World Discovery area. Construction of this attraction is also still in the works and should be finished prior to 2021’s 50th Anniversary festivities.

Although Disney executives and Imagineers have not specifically addressed the new EPCOT Moana walk-through attraction recently, it has not been included in any announcements regarding canceled projects. This means it should still be moving forward as scheduled and is likely to open sometime next year, though we continue to wait for an official opening date.

What projects are not moving forward?

At the 2019 D23 Expo, Disney Parks officials announced that a Mary Poppins attraction would be coming to the Great Britain Pavilion in the World Showcase. This project has now been postponed indefinitely.

EPCOT’s iconic Spaceship Earth was set to undergo a major renovation that has now been put on-hold.

Although the attraction will not be getting new animatronics and narration, some changes are still being made to the exterior of the Spaceship Earth area. Beautiful new pylons were recently installed, for example.

Disney recently announced that it had scrapped plans to build its new Disney World resort hotel, Reflections: A Lakeside Lodge. This also throws plans for the proposed Princess and the Frog-themed restaurant into disarray, as the new dining establishment was supposed to be in the Disney Vacation Club resort.

While Disney has made official announcements about all of the projects featured above, there are still many unknowns about Disney World’s 50th Anniversary.

Undoubtedly, character meet and greets, dining experiences, parades, and firework nighttime spectaculars were all supposed play a major role in the resort’s biggest birthday yet.

With all of these Disney Park experiences currently unavailable due to the pandemic, Disney will have to continue to assess what is safe for Guests and Cast Members over the next several months.

It is also likely that all four parks (Magic Kingdom, Disney’s Animal Kingdom, Disney’s Hollywood Studios, and EPCOT) will be operating at limited capacity with safety measures, such as mandatory face masks, still in-place.

We do know that Disney has filed a firework permit that is somehow related to the 50th Anniversary celebration. The description on the permit reads “MK Project Nugget F-B Electrical”.

We know that “Project Nugget” is the all-encompassing name for everything related to the park’s Golden Anniversary (think “Golden Nugget”), so it serves to reason that this permit has something to do with fireworks at Cinderella Castle in the Magic Kingdom.

Between the online rumor mill and a patent for “Ordered Mapping on a Three-Dimensional Projection Surface,” there is still a possibility that Disney is working on a parade for the 50th Anniversary.

This is, of course, still speculative at this time and we will have to wait for Disney officials to make an announcement about whether or not any parades will be part of next year’s celebration.

Even with all of the unexpected changes that have taken place at Walt Disney World Resort recently, there is no doubt that the executive team is working hard to make sure the 50th Anniversary celebration is still as magical as possible for Guests.

There are sure to be exciting new Disney World 50th Anniversary merchandise collections, character cavalcades (if meet and greets have not been reinstated), and other surprises coming next year.

Do you think the Walt Disney World 50th Anniversary will be smaller than expected because of the pandemic? How significantly do you expect the virus to impact the festivities?

Book a Disney trip with the Authorized Disney Vacation Planners at Academy Travel!