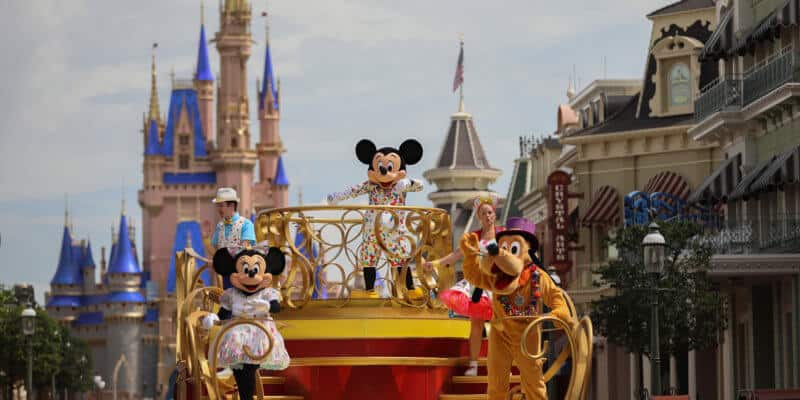 Disney has released official information about all of the characters that will be present in the Walt Disney World Resort theme parks for the foreseeable future. Because traditional character meet and greets have been temporarily suspended, Disney has come up with new and exciting ways for Guests to see their favorite friends in the parks.

We had previously reported where you can find Disney characters in the parks after Magic Kingdom, Disney’s Animal Kingdom, EPCOT, and Disney’s Hollywood Studios reopen, as well as Disney’s initial announcement of how they are changing character experiences. We also shared this week some photos and videos of social distancing Disney characters at Animal Kingdom and Magic Kingdom. Now, we have more official information and photos to share so that all Guests can know exactly what to expect in the parks.

Below you will find the press release and images that Disney has emailed to Inside the Magic.

Part of the magic of a Walt Disney World Resort theme park visit is seeing beloved Disney characters. With traditional parades and character greetings on hiatus to promote physical distancing among guests, theme park character experiences have been reimagined in new and different ways. From cavalcades down Main Street, U.S.A. at Magic Kingdom Park to sailings down Discovery River at Disney’s Animal Kingdom Theme Park and much more, characters from dozens of favorite Disney stories will surprise and delight guests across all four theme parks. These are just some of the reimagined experiences guests will discover as the theme parks begin their phased reopening.

Need an expert to guide you through these changes as you navigate the Disney Parks on your next trip? Academy Travel agents understand these changes and will make sure your trip is magical. Reach out to them here!