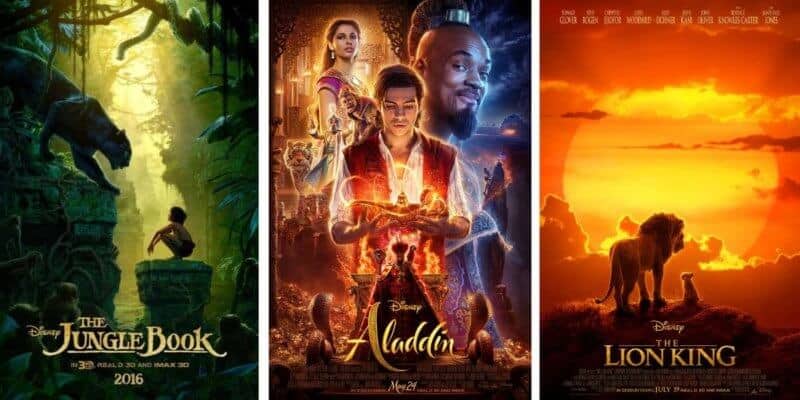 From The Lion King to the upcoming film Mulan, Disney has been very busy remaking some of our favorite Disney Animated Classics into live-action Blockbusters.

I have ranked the current Disney Live-Action films from worst to best, based on my own opinions. Let’s take a closer look:

I love  Johnny Depp, don’t get me wrong, but this film was just way too out there for my liking.

In case you haven’t seen it, the story follows Alice after she slips through a mirror and finds herself back in Wonderland. The White Queen, the Cheshire Cat, the White Rabbit, Tweedledee and Tweedledum are all there along with the Mad Hatter, of course, who seems to be a bit off (more so than usual). We soon find out that the Mad Hatter is morning the loss of his family, so Alice tries to help save them.

The same goes for this live-action. I think Tim Burton is insanely talented and I love some of his other work, but Alice in Wonderland was again, just too out there and weird for me.

Overall — A great cast, but too weird of a storyline/plot. I got a bit lost while watching this movie.

I saw the first Maleficent, and though I thought it was decent (you will see the original film further up on my list), I wasn’t that impressed for them to make a sequel.

Though I do have to say, Angelina Jolie absolutely kills it as Maleficent.

I’m not sure if it’s just me, but I found this film to be a bit boring. I thought the costumes were outstanding and the acting was on point, but overall I found the film to drag. But I also am not a huge fan of the Disney Animated Film, Cinderella, either so that could play a huge factor.

This Disney Live-Action film was just okay in my opinion. Of course, the stars of the film are those adorable little pups!

As I previously stated, I thought this film was very well done. The storyline was intriguing, the costumes were phenomenal, and once again, Angelina Jolie absolutely killed it. But, personally, this is a film I would only see once.

Personally, I loved Glenn Close as Cruella de Vil. But I can’t wait to see Emma Stone take on the role in the upcoming live-action, Cruella, which is set to debut in 2021.

With both Emily Blunt and Lin-Manuel Miranda in the cast, I knew this film would be decent. Blunt somehow made Mary Poppins her own but also paid some tributes to the original, played by Julie Andrews.

Overall, the film was cute and very well done, but I feel there are a handful of live-action films out there that were better. 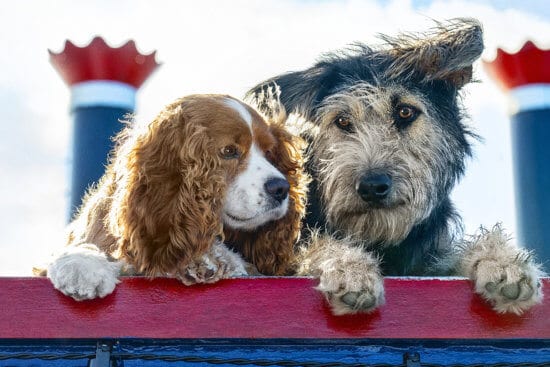 Debuting on Disney’s new streaming service is the Disney+ Original, Lady and the Tramp. I loved how true they stayed to the original film while also tweaking a few things in order to make it their own.

The Lion King is my all-time favorite movie so I had very high expectations going into this film. Overall, I loved how real the animals looked and I loved how they kept a majority of the original film. However, I was highly disappointed in Scar’s look and even more disappointed in Be Prepared.

Disney did an excellent job with the live-action Beauty and the Beast, which is why it made it into my top five. I feel Emma Watson nailed the part of Belle and Luke Evans made the perfect Gaston.

This is one of the more underrated live-action films. It didn’t get as much hype as I had anticipated, but the animals were so lifelike and the scenery was beautiful. Jon Favreau did a fantastic job remaking this film and I don’t think he got as much credit as he deserved.

Another underrated film. I personally found the live-action more entertaining than the original Animated film, but I know a lot of people disagree here (and that is completely fine!)

And as a side note — I fell even more in love with Dumbo. (Those ears!)

Winnie the Pooh has been a favorite of mine ever since I was a little girl. And seeing him come to life in the new live action touched my heart. This film made me laugh. It made me cry. It left me feeling extremely happy and like I was a child again.

I have seen this film a few times since it debuted and it just gets better each and every time.

This is another film I went into having high expectations because Jasmine is my favorite princess. I love how independent and strong she is in the animated version and I was hoping Naomi Scott would bring Jasmine to life and do her justice in the live-action Aladdin.

Well, she 100% did and she absolutely blew me away! I have so much respect for Jasmine and for what she represents and seeing her come to life was truly Disney Magic.

Will Smith also completely nailed the part of Genie. Everyone went in comparing him to Robin Williams, but somehow, someway Smith made Genie his very own and made it so you can’t even compare the two.

Again, these are all my own personal opinions. Based on what films I liked growing up, how well I felt the storyline was portrayed, the music included in the film, and so on.

Disney is currently working on a live-action version of both Mulan and The Little Mermaid, as well as a film focusing on the villain from 101 Dalmatians, titled Cruella.

There are a handful of live-action films rumored to be remade as well, which you can read all about below:

How do you rank the Disney live-action films? Let us know in the comments.