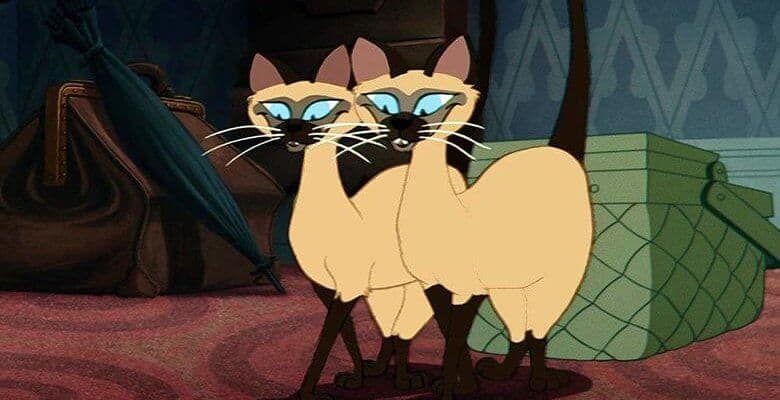 A lot of fans were ecstatic when they first heard a “Lady and the Tramp” live-action remake was making its way to The Walt Disney Company’s upcoming streaming service Disney+ and it seems that when this film premieres on the new service, it won’t only feature a new live-action look, but also the removal of what some claim to be a controversial song.

For those who remember the original film, they might be familiar with the track, “The Siamese Cat Song.” This song plays in the film when Lady has a run-in with two identical Siamese cats, who come out from a basket to sing the ballad in a not-so-nice and menacing tone. Most remember this song in a more threatening inflection from its performance as the scene includes the twin cats wreaking havoc among the household while singing. However, as the film as aged over time, others have found the song to be offensive as it highlights some extreme Asian stereotypes. Now it seems filmmakers are listening to fans and will be making a conscious effort to avoid this same mistake with this new film.

According to a report from Variety, the live-action remake will be changing the scene and utilizing original music from Janelle Monae, who will also be lending her voice to a character from the film as well. Her artist collective Wonderland will also be working on “reinventing” the music in the scene, which was originally performed by Peggy Lee.

The report also states Wondaland contributors Nate “Rocket” Wonder and Roman GianArthur are working on a new direction for the characters, who reportedly aren’t going to be Siamese cats in this version of the film.

This isn’t the only change being made to Disney’s film library ahead of the launch of Disney+. As we reported earlier, the company will also be omitting the “Song of the South” movie as well as the offensive crow scene from “Dumbo.”

Are you excited for this new “Lady and the Tramp” remake coming to Disney+? Let us know in the comments below!