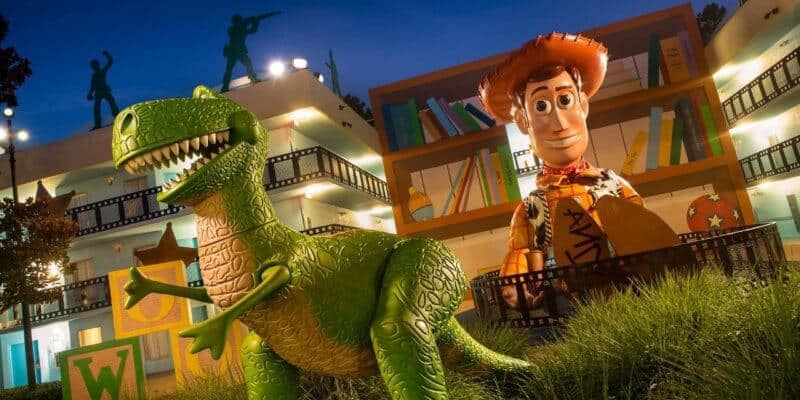 A Louisiana couple who came to Walt Disney World on what was supposed to a magical vacation turned out to not be as enchanting as they expected after a run-in with bedbugs, which not only bit them during their stay but also followed them home. The couple is seeking $75,000 in damages after the event, which reportedly also left their autistic son traumatized.

According to Orlando Sentinel, Ashley and Robert LaCombe filed the lawsuit that was transferred into Orlando federal court this week, to which Disney will not specifically comment on.

Ashley LaCombe, a commercial realtor, and her husband wanted to take a vacation from their successful business last April, so they booked a five-day vacation at Walt Disney World and stayed at the All-Star Movies Resort. However, reportedly, their trip ended up leaving them itchy and red.

According to the lawsuit, the couple first realized they had been bitten upon their arrival home and unfortunately, this wasn’t all they realized. They discovered that the bedbugs from the Disney Hotel had traveled with them on their luggage, clothing, and personal belongings, infesting their home in Louisiana.

The lawsuit says the couple contacted Disney, and employees confirmed there were bedbugs in their hotel.

To rid themselves of the bugs, the LaCombes had to hire an exterminator to kill them all, which resulted in the family having to find another place to stay during the in-home treatment. According to Orlando Sentinel, getting rid of the bugs wasn’t as easy as just staying at a local hotel while the exterminators treated their home. It was reported that the family had to throw away all of their infected furniture and belongings.

The lawsuit also discusses some of the other stresses involved with dealing with the bedbug infestation, including the fact that the couple had to take off time from work to deal with the situation and the effects it had on their autistic child.

“The LaCombes experienced and continue to experience additional mental anguish and stress as they cannot enjoy their home,” according to the lawsuit. “Family members and friends cannot visit due to the risk of acquiring the bedbug infestation.”

According to the lawsuit, which was first filed in U.S. District Court’s eastern Louisiana division, it was reported that the bugs weren’t gone as of August 2018, making the total time of the infestation almost four months long.

The LaCombes accused Disney of not disclosing there was a problem with bedbugs and not keeping the hotel free of infestations.