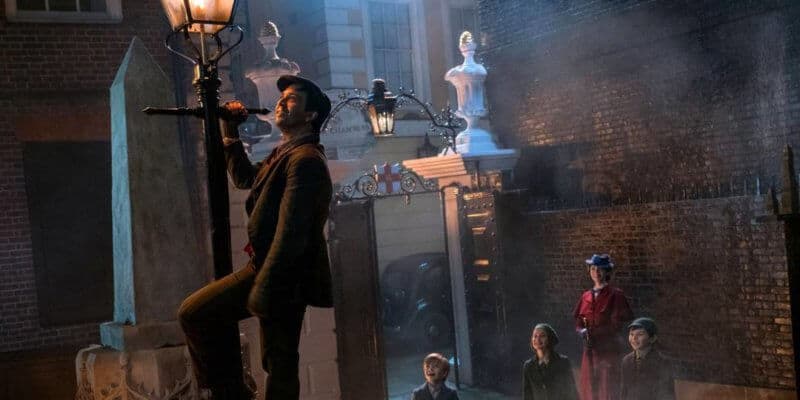 In Disney’s “Mary Poppins Returns,” arriving in theaters this December, the magical nanny is back on the big screen for new adventures. In this new photo courtesy of Empire, we get a peek at Mary Poppins (Emily Blunt), her new friend Jack (Lin-Manuel Miranda), and the next generation of Banks children as they share a happy moment. 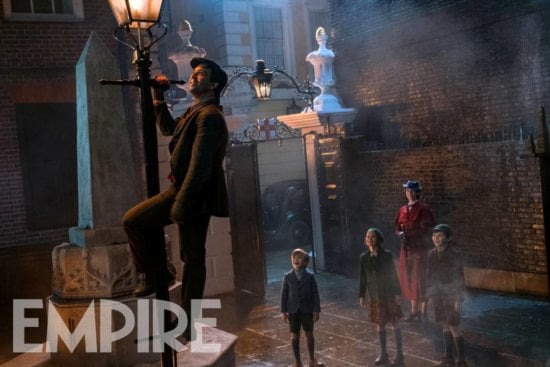 The new film is set in London in the 1930s and takes place 25 years after the events of “Mary Poppins,” which was released 54 years ago. Here’s the official synopsis from Disney:

In Depression-era London, a now-grown Jane and Michael Banks, along with Michael’s three children, are visited by the enigmatic Mary Poppins following a personal loss. Through her unique magical skills, and with the aid of her friend Jack, she helps the family rediscover the joy and wonder missing in their lives.

“This is a very fragile world where there’s easily a loss of hope and wonder,” director Rob Marshall tells Empire. “A lot of people find those words simplistic, but I think that’s what keeps you going. To tell a story of [the] discovery of joy and magic was a reason I signed on. It’s a time for musicals.”