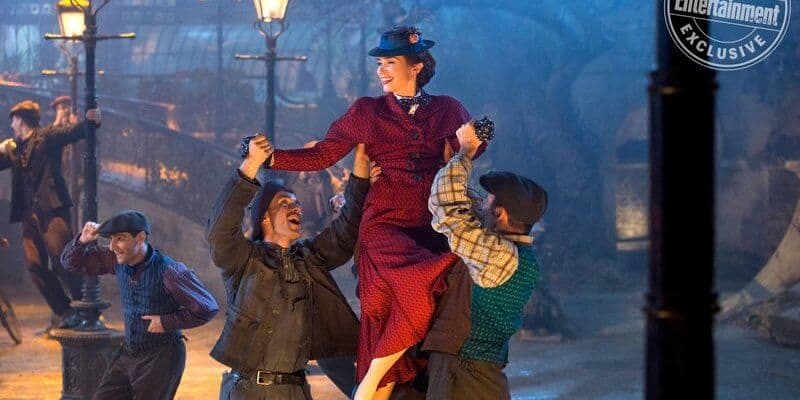 “Mary Poppins Returns” brings the beloved nanny back to theaters for a new story on December 19, and today we have a new image from the film courtesy of Entertainment Weekly.

The new photo shows a moment from one of the movie’s showstopping musical numbers, “Trip a Little Light Fantastic.” Based on the photo, this new musical number seems reminiscent of the memorable “Step in Time” sequence from the 1964 film, in which Mary (Julie Andrews) takes part in a rousing dance routine with Bert (Dick Van Dyke) and his chimney sweeping pals. This time, Mary (Emily Blunt) dances her way through London with her lamplighter friend Jack (Lin-Manuel Miranda).

Though Blunt had fun embodying the iconic character, she told Entertainment Weekly the dancing did not come naturally. “The dancing is the thing I really had to learn,” she said. “Lin and I are not trained dancers in any way, so that was the most arduous part.”

When Mary returns to Cherry Tree Lane, Jane and Michael Banks (Emily Mortimer and Ben Whishaw) are all grown up. The siblings have lost the family home due to an economic slump, and Michael is now a widowed father caring for three young children. Mary Poppins re-enters at just the right moment, bringing her no-nonsense yet whimsical way of life back to the Banks family.