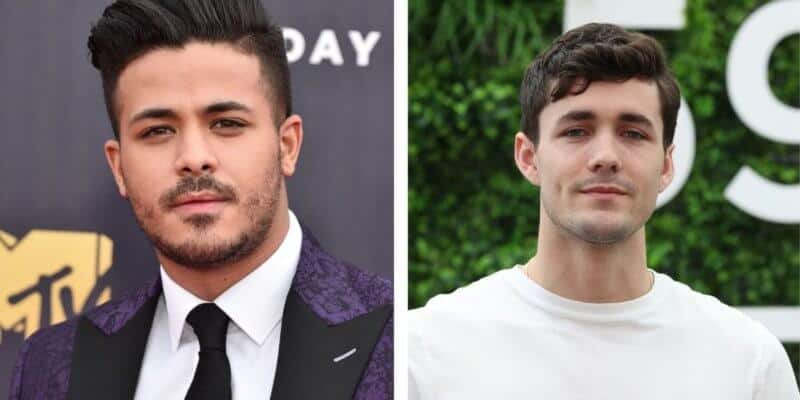 After going through a variety of different possibilities, Disney has finally decided on a Prince Eric for their upcoming live-action film, The Little Mermaid.

At one point, it was rumored that Harry Styles would play the iconic role of Prince Eric, but he had decided to turn it down in order to focus on his music.

Christian Navarro had also spoken out about auditioning for the role. On Aug. 13, Navarro tweeted, “So I heard Harry Styles passed on Prince Eric, well…I can sing. Black Ariel/Latino Prince…”

Navarro also took to Instagram on Sept. 3 to voice his opinion.

#LatinX #PrinceEric #TheLittleMermaid Just a brief reminder that there’s always another mountain, another goal to strive after, and with your help I’ll keep pushing the limits. Wouldn’t it be amazing if we had a truly multicultural Little Mermaid?! Fingers crossed beautiful people. Thanks @entertainmentweekly

A post shared by Christian Lee Navarro (@christianleenavarro) on Sep 3, 2019 at 5:07pm PDT

But this isn’t the only thing Navarro has taken to Instagram about. Shortly after Disney announced that Jonah Hauer-King had officially gotten the role of Prince Eric, Navarro shared his thoughts on social media.

In two (now deleted) posts on both Instagram and Twitter, the 13 Reasons Why star accused Disney of its alleged lack of diversity.

“Literally @disney saw a who’s who list of actors of color and STILL went with the white guy,” Navarro wrote on Instagram. “So much for diversity. I guess two brown leads would have tanked the movie right? Boring.”

“Just came back to say; after months of seeing every person of color they could think of for the role of Prince Eric, @DisneyStudios somehow still cast a white guy. I guess diversity is just a word. And THATS Hollywood.”

Hauer-King, who will now be portraying Ariel’s love interest in the upcoming live-action, The Little Mermaid, does have some acting experience as he appeared in the television miniseries Little Women and Howard’s End, Sony’s A Dog’s Way Home and the Blumhouse coming-of-age pic Once Upon a Time in Staten Island, but nothing major.

Are you happy with the casting of Jonah Hauer-King as Prince Eric? Let us know in the comments.