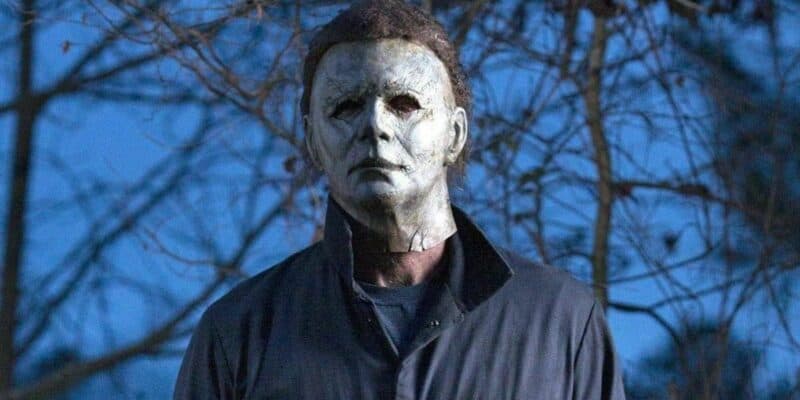 Halloween is unlike any other slasher franchise out there, whether it’s Scream, A Nightmare on Elm Street, Child’s Play, The Texas Chainsaw Massacre, or Friday the 13th. Or even film franchises in general, for that matter.

Where else does the main protagonist keep returning, despite being killed off in previous installments? What other series has a spin-off that has nothing to do with the other films whatsoever? And does anything have quite as many timelines as Halloween?!

Halloween isn’t the only one, of course, and these days, with reboots at every turn, most franchises tend to have at least two different timelines. But it’s fair to say that none of them are “choose-your-own-adventures” like Halloween.

So, we’ve ranked all the Halloween timelines from worst to best (although we haven’t included any producer’s cuts or director’s cuts, because this franchise is confusing enough as it is!).

7. Halloween III: Season of the Witch

Halloween is the only slasher franchise with a spin-off that doesn’t feature the main antagonist. In fact, not only is Halloween III: Season of the Witch (1982) missing Michael Myers — it’s set in a different timeline altogether, with zero connection to any of the actual Halloween films.

While this helps make Halloween incredibly unique compared to other slashers (yes, we know that two Friday the 13th films technically don’t feature the hockey mask-wearing lunatic Jason Voorhees, but those aren’t spin-offs), the fact that Season of the Witch isn’t really a Halloween film makes putting this timeline at the bottom an easy choice.

Laurie Strode (Jamie Lee Curtis) is nowhere to be seen in this series of films, and this time her orphaned daughter Jamie Lloyd (Danielle Harris/JC Brandy in Curse) takes over. Return is a solid entry, while Revenge is an awful Halloween film, but it’s really the absolutely bonkers Curse that lets the trilogy down. And Paul Rudd’s performance as Tommy Doyle is equally weird.

How do you kill Michael Myers? That’s easy — Halloween: Resurrection (2002)! The timeline made up of Halloween, Halloween II, Halloween H20: 20 Years Later (1998), and Resurrection might be one of the more consistent, but the final film was the final nail in the coffin.

Halloween H20: 20 Years Later is the first film in the franchise to wipe out a bunch of previous sequels (Return, Revenge, and Curse). It’s a great legacy sequel that also serves as a satisfying conclusion to Laurie Strode’s long battle with Michael Myers, but unfortunately it’s followed up by Resurrection, which inexplicably and shamelessly rewrites H20‘s brilliant ending.

Though there are many films in the Halloween series that stand out like sore thumbs — Season of the Witch (evil masks), Curse (ancient cults), and Resurrection (Busta Rhymes), none of those entries feel quite as out of place as Rob Zombie’s Halloween (2007) and Halloween II (2009).

Perhaps it’s because they’re the only two films that don’t overlap with any other timeline, or maybe it’s because they’re weird, grungy, and surreal. Zombie has a habit of making his films feel like ’70s grindhouse flicks, but, at least in terms of solid timelines, while Halloween II does end on something of an unresolved cliffhanger, this timeline does, for the most part, feel complete.

What’s scarier than Michael Myers emerging from the closet in your bedroom? Finding David Gordon Green’s widely divisive Halloween Trilogy in third place on the list of Halloween timelines, of course (along with the original 1978 film)!

Halloween (2018) did what Resurrection failed to do — it brought Michael Myers back from the dead without being a terrible film (it’s easily the best one in the Halloween franchise). Halloween Kills (2021), however, despite doing what it says on the tin, leaves a lot to be desired from a storytelling perspective, while Halloween Ends (2022) wraps things up quite nicely.

How did this Halloween timeline make it onto our list again? Well, you may have noticed that one film is suddenly missing — yes, Halloween: Resurrection has been omitted! But how is that fair, you might ask. Aren’t we just taking liberties?

Not quite — Resurrection is widely considered not to be canon within this timeline. Even while H20 was filming, plans for a sequel were underway. So even when they knew Michael Myers was going to be killed off, they had plans to retcon it in the most absurd way imaginable. For this reason, it’s fair that many consider the events of Resurrection not to have actually happened!

Ranking all the Halloween timelines wasn’t easy — after all, while for the most part you need to put the quality of individual films aside, this can’t always be the case. Rob Zombie’s Halloween timeline is pretty decent, but those films are hardly among the strongest in the series.

The short and sweet timeline that is Halloween (1978) and Halloween II (1981), however, is an absolute no-brainer. With that said, neither film is perfect — we don’t even consider the 1978 classic to be a masterpiece like so many believe it to be, while its 1981 sequel is riddled with flaws and feels horribly rushed. Nevertheless, this is easily the “cleanest” Halloween timeline.

How would you rank the Halloween timelines? Let us know in the comments down below!