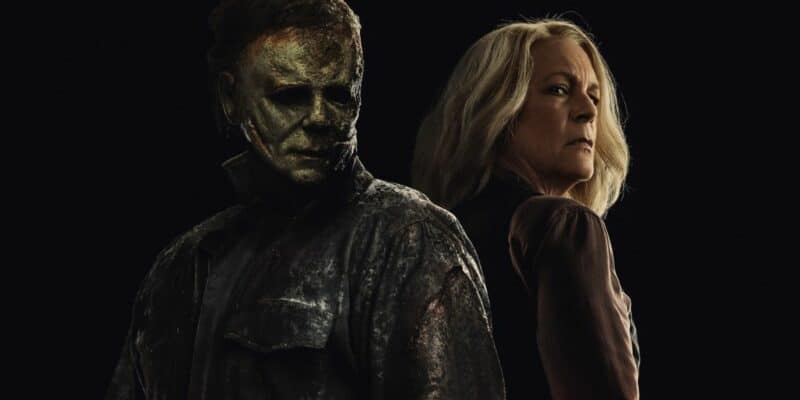 Halloween Ends (2022) is currently making a killing at the box office. However, many critics are slaughtering the movie, while the fanbase appears to have been sliced down the middle. But there’s one fan who loves the concluding chapter in David Gordon Green’s Halloween Trilogy.

NBA legend LeBron James, who currently plays for the LA Lakers, and is widely considered to be one of the greatest basketball players ever, took to Twitter yesterday to share his thoughts on Halloween Ends, which he considers to be a “slam dunk” slasher movie!

Halloween Ends was so GOOD!!!! @jamieleecurtis you’re such a LEGEND & BADASS  #MichaelMyers

Halloween Ends was so GOOD!!!! @jamieleecurtis you're such a LEGEND & BADASS #MichaelMyers 🔪🩸

And Jamie Lee Curtis didn’t waste any time in replying, as she said the below in response to LeBron’s tweet:

A KING must have his QUEEN! Beyond excited to read this!!! @halloweenmovie

A KING must have his QUEEN! Beyond excited to read this!!! @halloweenmovie https://t.co/snFxtV1ZOF

The NBA star also took to Instagram to share a video admitting how much he loves the Halloween itself, all the while a Michael Myers animatronic wields a knife behind him!

LeBron James was previously attached to a slasher movie of his own. In October 2018, James and his production company SpringHill Entertainment (alongside Vertigo Entertainment) were set to co-produce a new Friday the 13th reboot.

Unfortunately there hasn’t been much in the way of news on that film, but given the success of this new wave of Halloween movies from director David Gordon Green and Blumhouse Productions, it’s more than likely that Jason Voorhees will be making a comeback of his own in due course.

Either way, it’s great to see that there are many people out there who are enjoying Halloween Ends — especially an NBA legend like LeBron James, who, with an insane 52.3 million follows on Twitter, is bound to influence many others to go and check the movie out for themselves.

David Gordon Green’s final Halloween sequel, which concludes the new series that started with Halloween (2018) and continued with Halloween Kills (2021) is a jaw-dropping horror flick. It might not be what you expect, but isn’t that what tricks and treats are all about?

While it goes to great lengths to distance itself tonally, structurally, and creatively not just from its own two predecessors, but from many other entries in the Halloween franchise, there’s still plenty in the way of Michael Myers (James Jude Courtney), as well as some truly shocking moments.

Jamie Lee Curtis’ final outing as final girl Laurie Strode is a particularly stand-out performance. After spending most of her life preparing for a final showdown with Michael Myers, in the four years that have passed since Halloween Kills, Laurie has decided to start moving on with her life.

However, evil takes many “shapes”, and before she can truly move on, she’ll have to face her bogeyman one last time…

Halloween Ends is now in theaters and is also streaming on Peacock. But if you’d prefer some LeBron James over Michael Myers, the NBA 2022 — 2023 season starts today, on October 18.

Do you agree with LeBron James’ thoughts on Halloween Ends? Let us know in the comments down below!