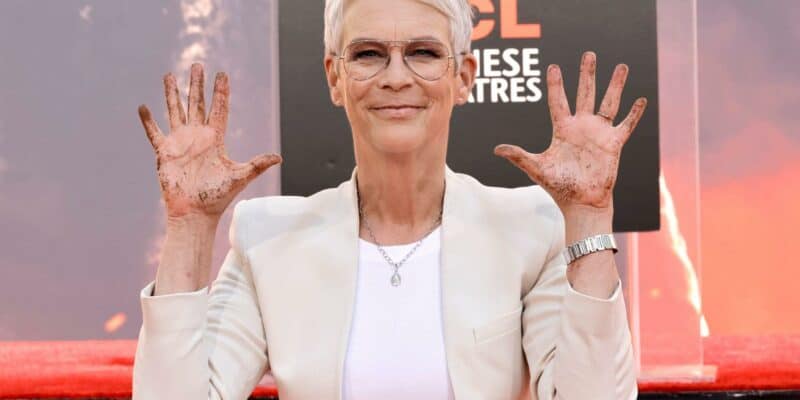 There are so many amazing things to see in Hollywood. One of the most famous is the Chinese Theatre with its hand and footprints in its forecourt.

In 1927, one of Hollywood’s most famous couples, Douglas Fairbanks and Mary Pickford placed their hands and feet in wet cement. Since then, over 200 prints have been added to the forecourt of Grauman’s Chinese Theatre.

One little known fact, not all of the imprints ever made are on display. There’s not enough room. So from time to time, the cement slabs are changed out to make room for new celebrities to be added.

A few times a year, a new star will get to be immortalized in front of the theatre. This is usually reserved for the biggest stars and is often centered around that celebrities newest movie release.

Yesterday, October 12th, was one such day.

Alongside her family, different co-stars from throughout her career came out to support her. Including Arnold Schwarzenegger, her 1994 on-screen husband from the hit movie True Lies.

During the ceremony, Schwarzenegger spoke to Curtis’s ongoing legacy and versatility. “There’s a lot of stars here in Hollywood that have maybe one hit or two hits. This woman has hits for more than four decades. One hit after the next, and it doesn’t matter what genre it is. If it is comedy, if it is a love story, if it’s an action movie, or whatever it is, she can do it. I’ve seen that firsthand.”

With an acting career spanning over 40 years, this ceremony is long overdue.

Jamie Lee Curtis ended the ceremony with a sweet speech thanking her family and friends for all their support.

Have you ever been to Grauman’s Chinese Theatre? Which hand and footprint were you most excited to see?