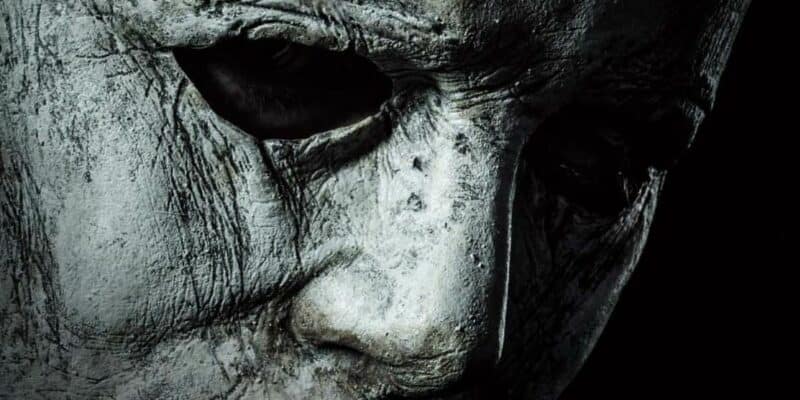 Halloween Ends (2022) has arrived, and though only gullible fans will believe that it’s the last Halloween movie ever, it still marks the end of an era, as it concludes director David Gordon Green’s new series of Halloween movies, which refreshingly ignores every sequel since John Carpenter’s 1978 classic (there are many).

As such, you won’t need to binge all 12 Halloween movies before watching Halloween Ends, but you’ll still need to be up to speed on the three previous canon installments — Halloween (1978), Halloween (2018), and Halloween Kills (2021). But that’s still a lot of viewing to get through if you want to watch Halloween Ends before any spoilers hit the Internet.

So, we’ve decided to give you a recap on the three installments so that you can hit the movie theater (or Peacock) to watch Halloween Ends as soon as possible!

On Halloween night in 1963, for reasons unknown, young Michael Myers puts on a clown costume and brutally murders his sister in her bedroom. 15 years later, the long-silent patient escapes the sanitarium to go “trick or treating” in his hometown Haddonfield, where he targets a group of teenagers who are babysitting local children up and down the street.

Once in town, Michael Myers (Nick Castle) dons a ghostly white mask and plain coveralls, rendering any discernible signs of humanity completely invisible. And as he stalks Laurie Strode (Jamie Lee Curtis) and her friends, he seemingly possesses supernatural qualities — one minute he’s there, the next he isn’t. Is Michael Myers really the bogeyman?

After her two close friends are brutally killed, Laurie takes young Tommy Doyle (Brian Andrews) and Lindsey Wallace (Kyle Richards) under her wing, and fights Michael Myers using anything she can find. Luckily, Michael’s psychiatrist Dr. Samuel Loomis (Donald Pleasance) also arrives in town to help take down his patient, whom he describes as “pure evil”.

After tracking Michael down, Dr. Loomis fires six shots at him, and sends him tumbling out of a window and onto the lawn below. Loomis tends to a shocked Laurie, before noticing, only seconds later, that Michael Myers has survived the gunshots and the fall, as he has disappeared into the night.

John Carpenter’s 1978 horror classic isn’t just responsible for many sequels — it also gave birth to the slasher genre. Without it, we wouldn’t have the likes of A Nightmare on Elm Street (1984) and Scream (1996). But the original Halloween remains superior in every way, with simplicity being its strongest element.

Halloween has so far received 13 sequels (including Halloween Ends), however, David Gordon Green’s first Halloween installment (the 2018 version) renders every sequel and reboot before it non-canon, acknowledging only the original 1978 film, so we’re free to skip the nine films in between.

40 years after Michael Myers first terrorized the town of Haddonfield, Illinois, Halloween (2018) reunites us with Laurie Strode, who has been left deeply scarred by the horrifying events that unfolded on that Halloween night. In that time, Laurie has had a daughter, Karen Nelson (Judy Greer), with whom she has a strained relationship.

Fearful that Karen might one day face the “horrors of the world”, Laurie trained her as a child to use firearms, while also becoming familiar with their fortress-like home on the outskirts of Haddonfield, which houses a bunker and weapons cache. As a result, Laurie also lacks a desirable relationship with her granddaughter Allyson Nelson (Andi Matichak).

Meanwhile, Michael Myers (James Jude Courtney) is about to be transferred from Smith’s Grove Psychiatric Hospital to a maximum-security prison, despite the protests of his psychiatrist Dr. Ranbir Sartain (Haluk Bilginer). At Smith’s Grove, two true crime podcasters try to provoke a reaction out of Michael by presenting his old mask, but he says nothing.

Later, while in transit between Smith’s Grove and the prison, the bus carrying several mentally-ill patients, crashes. Michael Myers manages to escape and reclaims his mask from the journalists. That Halloween night, he returns to Haddonfield, while Laurie, having heard the news, desperately tries to unite her family at her home, but Allyson is at the school party.

In the midst of upping his body count, Michael is hit by Officer Frank Hawkins (Will Patton), who has Dr. Sartain and Allyson in the car with him. However, Sartain, obsessed with Michael’s desire to kill, violently attacks Hawkins, and puts an unconscious Michael into the car, with the intention of reuniting him with Laurie Strode.

But Michael kills Sartain, and heads to Laurie’s house on the edge of the woods. With Karen in the underground bunker, Laurie and Michael engage in a bloody fight. And when Allyson shows up, three generations of Strode battle Michael and lock him in the bunker, which turns out to be a trap. A badly wounded Laurie sets fire to the house and the three escape.

Picking up directly where the 2018 film ends, Halloween Kills casts a lens over the ongoing chaos Michael Myers has created. Allyson’s boyfriend, Cameron Elam (Dylan Arnold), discovers a wounded Officer Frank Hawkins on the road, and we then return all the way back to 1978 to see that a young Hawkins (Thomas Mann) was one of the first responding officers to Michael’s massacre.

From Officer Pete McCabe (Jim Cummings), we learn that, as a young boy, Michael Myers used to stand at his sister’s bedroom window and stare at the outside world. Eventually, Hawkins and his partner arrive at the old Myers’ residence, where Michael (Airon Armstrong) emerges from a closet and indirectly kills Officer Cummings.

Michael tries to escape, but is apprehended by several police officers outside, who are accompanied by Dr. Samuel Loomis (Tom Jones Jr.). We return to the present day (2018), where we meet Tommy Doyle (Michael Anthony Hall), Lindsey Wallace (Kyle Richards), Lonnie Elam (Robert Longstreet), and Marion Chambers (Nancy Stephens) — survivors of the 1978 “Babysitter Murders” — all of whom are commemorating the 40-year anniversary of that fateful night.

However, they quickly learn that Michael has escaped, and Tommy wastes no time in forming a mob so that he can hunt Michael down once and for all. Meanwhile, Laurie Strode undergoes intensive surgery, and is placed in ICU alongside Hawkins, where they both express their regret at having not killed Michael when they each had the chance.

Allyson, Cameron, and his father Lonnie, join Tommy Doyle’s mob, but elsewhere in Haddonfield, Marion and other volunteers are brutally murdered by Michael Myers. Lindsey Wallace, however, survives, and joins the others at the hospital. Allyson and the others soon realize that Michael is heading back to his old home, which is now occupied by new residents.

When they get there, the two owners are dead, and Michael quickly dispatches Cameron and Lonnie. Allyson and Michael fight, and Karen arrives and attacks Michael, before removing his mask. With it, she lures him out into the street, where he’s viciously attacked by Tommy and many others. But Michael gets back up, kills them all, and later on, kills Karen, whom he finds standing at his sister’s old bedroom window.

Is David Gordon Green’s series your favorite of the nine Halloween timelines? Let us know in the comments down below!