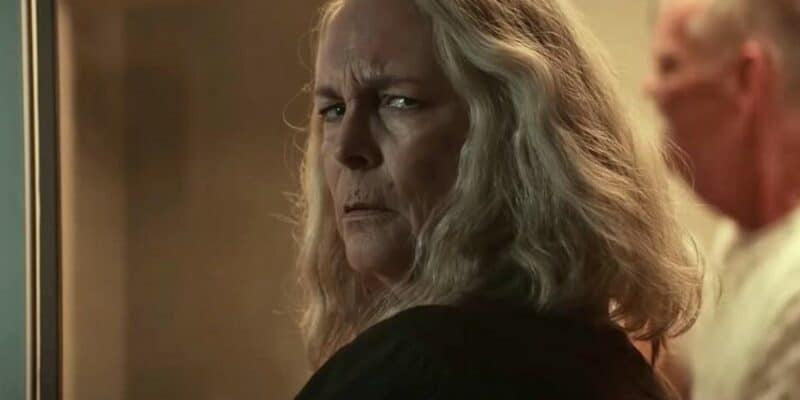 There are many unsettling things about Michael Myers — between that deathly white mask and those plain coveralls, he looks sort of like a mannequin. Perhaps this was the whole idea, as he was originally going to be called “The Shape”, after all.

And then there are those hollow black eyes, and the fact that he always walks after his victims and never runs (although for all we know, he could burst into sprints when he’s not on screen). But you’ll probably agree that the creepiest thing about him is his silence.

While there are a couple of exceptions, which we’ll get into shortly, Michael Myers has never spoken in the Halloween movies. And according to Dr. Samuel Loomis (Donald Pleasence) in John Carpenter’s Halloween (1978), he never spoke during his 15 years at Smith’s Grove, either.

The two exceptions can be found in the remakes Rob Zombie’s Halloween (2007) and its sequel Halloween II (2009), during which we spend time with Michael as a young boy (Daeg Faerch/Chase Wright Vanek), who, until he’s incarcerated for killing his sister Judith Myers (Hannah R Hall), talks plenty.

There’s also a director’s cut of the 2009 sequel whose alternate ending includes a scene in which Michael Myers inexplicably removes his mask and screams “Die!” before killing Dr. Samuel Loomis (Malcolm McDowell). But seeing as it’s technically a deleted scene, it doesn’t count.

So, we can all agree that Michael Myers does not speak. And no one really knows why. Ultimately, the absence of speech makes him appear even less human (just like those hollow eyes). With that said, there is a scene in Halloween Kills (2021) that potentially breaks this rule.

Halloween Kills is the direct sequel to Halloween (2018), both of which are directed by David Gordon Green and ignore every single Halloween sequel since the original 1978 film. This new series of films will be concluded very soon with Halloween Ends (2022).

In last year’s sequel, during the third act, which finds Allyson Nelson (Andi Matichak) bravely taking on Michael Myers (James Jude Courtney) at his old Haddonfield home, many fans believe that they can hear the bogeyman actually whisper three words.

After Allyson fights Michael, her mother, Karen (Judy Greer), enters the house to save her daughter, and she impales Michael with a large pitchfork, before stomping on his head, rendering him temporarily unconscious. But when she removes his mask, he rises again.

This is the moment where you’ll need to turn the volume up on your television or computer. As Michael stands to face Karen in the doorway, many fans swear they can hear him whisper the words, “Give it back”, referring, of course, to his precious William Shatner Halloween mask.

While many would argue that this is one of those “auditory illusion” cases, where one person might hear the word “Laurel” and the other “Yanny”, for example, we’ve actually checked this scene out for ourselves and were very surprised to find that we can indeed hear him whisper “Give it back”! Although, for some reason, subtitles don’t appear when using this feature.

There’s actually a thread on community network Reddit where many fans say they can hear him speak (though there appear to be just as many who can’t hear a thing, and believe that the sound is nothing more than Allyson breathing and the floorboards creaking underfoot).

Why not check it out for yourself by watching the below clip from Halloween Kills, specifically at around 00:57–00:58 seconds:

It might seem uncharacteristic of Michael to speak at all, but his panic at someone having taken his mask actually falls in line with a number of moments throughout the film’s 2018 predecessor, which frequently hammers home the fact that Michael cannot be without his mask.

In many ways, it’s what brings him to life. And when investigative journalists Aaron Korey (Jefferson Hall) and Dana Haines (Rhian Rees) visit him at the hospital in the beginning of the film, Michael is instantly aware that they have his mask despite having his back turned to them.

Aaron says to Michael, “You feel it, don’t you, Michael? You feel the mask?”, wondering if there is some unspoken connection between the man and the mask. And later, once Michael escapes, he even hunts the pair down to retrieve it.

Will Halloween Ends delve even deeper into this connection? Well, we don’t have long to find out…

Can you hear Michael Myers speak in Halloween Kills? Let us know in the comments down below!

Comments Off on Does Michael Myers Actually Talk In ‘Halloween Kills’?!