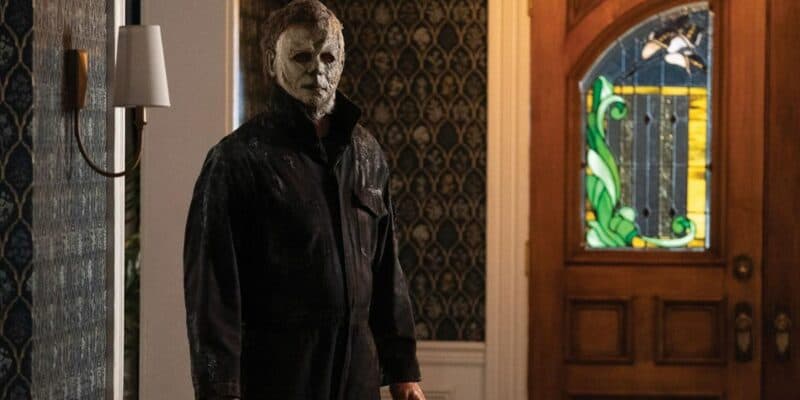 Despite a poor critical reception and backlash from fans, Halloween Ends (2022) continues to slash its way through the box office, having grossed $103.3 million so far against a budget of $33 million. It’s the last installment in the trilogy from director David Gordon Green and Blumhouse Pictures, but it obviously won’t be the last Halloween movie altogether.

If you’ve seen the latest sequel, like everyone else you’ll probably be wondering where the Halloween franchise can go from here. Since its inception with John Carpenter’s original Halloween (1978), the series has been no stranger to sequels, reboots, deboots, and even anthology movies, but at this point we can’t help but feel like we’ve seen it all.

Whatever the next Halloween movie will be about, though, fans will undoubtedly expect more in the way of Michael Myers, seeing as many were disappointed with how Halloween Ends is very much lacking in the bogeyman department. In the new film, Michael Myers (James Jude Courtney) is, to an extent, “replaced” by newcomer Corey Cunningham (Rohan Campbell).

With the exception of Halloween (2018) — the first installment in this new series of films — despite being huge box office successes, the films haven’t gone down all that well with fans and critics. But while Halloween Ends is easily the most divisive film in the entire Halloween franchise — let alone the new trilogy — last year’s Halloween Kills (2021) was also met with a prickly reception.

The second chapter in David Gordon Green’s Halloween Trilogy picks up immediately where the 2018 film ends — on the same Halloween night. After being left to burn in a fire in the last film, Michael Myers emerges more dangerous and powerful than ever, and unleashes chaos upon the town of Haddonfield, all the while an angry mob tries to hunt him down.

Though the film does exactly what it says on the tin (there are gory kills from start to finish), many criticized the convoluted plot and the corny dialogue (three words: evil dies tonight). However, not every aspect of Halloween Ends was subjected to slaughter. In fact, an early sequence in the film was well received, and has been a talking point among fans since its release.

Before the opening credits roll, we jump back in time to Halloween night on 1978, picking up just after Michael Myers (Nick Castle) was shot out of a window by Dr. Samuel Loomis (the late Donald Pleasence), before disappearing into the night, as seen in the ending of the original film.

We’re quickly reunited with Myers (Airon Armstrong), who’s evading local law enforcement by weaving in and out of alleyways. Hot on his trail is young Officer Frank Hawkins (Thomas Mann) and Officer Pete McCabe (Jim Cummings), who wind up following the bogeyman into his childhood home, where they find him hiding in an upstairs closet (he sure does like those things).

After killing Officer McCabe, Michael is arrested by the entire Haddonfield police department, who have been waiting outside with Dr. Samuel Loomis (played by the film’s art director Tom Jones, Jr.). We don’t see the actual arrest, though, as the scene freezes, echoing a similar pre-opening credits scene with the young Michael in the original 1978 film.

There are some major takeaways from this flashback sequence (there’s another one later in the film too). For starters, Michael Myers looks great — his mask is clean-white, untouched by the 40 years’ worth of degradation and fiery explosions that will follow. And stuntman coordinator Airon Armstrong has The Shape’s movements down to a T — he’s swift and sharp, yet eerily steady-paced.

But he’s also ferocious, cunning, sneaky, and super-strong, making him a worthy successor to Nick Castle’s version in the 1978 original, and an excellent precursor to James Jude Courtney’s modern-day version. Donald Pleasence’s Loomis, whose likeness has been re-created using nothing more than prosthetics, is also very impressive.

What’s particularly special about the 1978 flashback, though, is the cinematography, as it feels like you’ve been transported into the iconic John Carpenter movie. The lightning, the color pallet — everything is on point. Unfortunately, it leaves us wishing that Halloween Kills had stayed in the past, giving us more of “the night he came home”.

While this was already done in Halloween II (1981), which also picks up on the same night as its predecessor, Halloween Kills had every opportunity to tell of a different chain of events following Michael’s tumble over the balcony. But Halloween (2018) made sure this couldn’t happen, as it addresses the fact that Michael only killed a handful of people back in 1978.

Either way, the 1978 flashback sequence had a lot of potential. Perhaps, though, a future Halloween movie can take us back in time to that fateful night and tell an entirely new story. The question, however, is whether or not a different studio and film crew could pull it off in the same way David Gordon Green did.

Would you like to see the next Halloween movie return to Halloween night in 1978? Let us know in the comments down below!