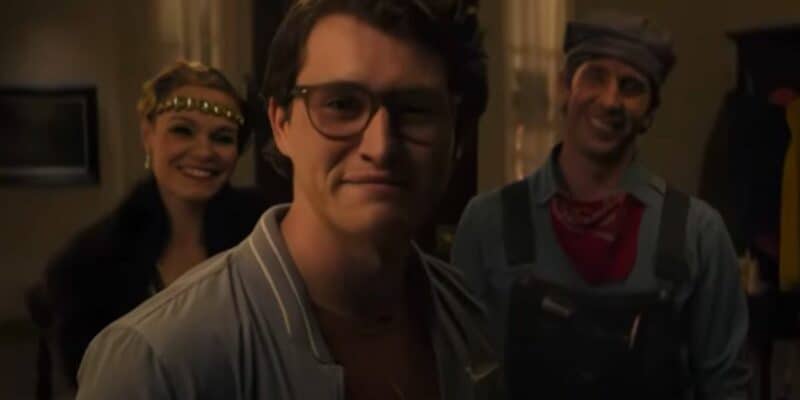 Halloween Ends (2022) is the latest installment in the new series of Halloween movies from director David Gordon Green and Blumhouse Pictures. However, it has quickly become the most divisive film in the entire Halloween franchise.

Some fans have actually started an online petition to have the film rebooted, while two Halloween stars themselves have criticized the film. To say that Halloween Ends is the most hated film in the franchise, though, isn’t necessarily true.

Only time will tell, but for now, Halloween: Resurrection (2002) appears to remain at the bottom of the list for most fans when it comes to ranking all 13 movies in the franchise. It’s possible, though, that Halloween Ends could go on to become appreciated over the years.

Either way, for now, it has split the fanbase down the middle. So if you’re on the side that loves the film, then you’ll probably agree with why we think Halloween Ends is the best installment in the series since the first movie…

5. It Grabs Your Attention From the Start

While most Halloween movies open with Michael Myers killing someone, whether it’s his sister Judith Myers (Sandy Johnson), his niece Jamie Lloyd (JC Brandy), or his other sister Laurie Strode (Jamie Lee Curtis), Halloween Ends has a very different cold opener (emphasis on the “cold”). However, it has nothing to do with Michael Myers.

Teenager Corey Cunningham (Rohan Campbell) is babysitting young Jeremy Allen (Jaxon Goldberg), who suddenly decides to play a prank by making it look like Michael Myers is in the house. Armed with a large kitchen knife, Corey investigates strange noises, only to find himself locked in a closet on the mezzanine by Jeremy.

In a panic, Corey, who repeatedly shouts “I’ll kill you!”, begins to kick at the door, while Jeremy is standing directly on the other side. When Jeremy’s parents return home, they hear the commotion, and moments later, watch in horror as their son crash-lands in the hallway, where he dies instantly. Above them, Corey, with a knife in his hand, watches as the blood pools beneath the young boy.

Love it or hate it, you can’t deny that Halloween Ends is a character-driven movie. In fact, it might just be the most character-driven movie in the entire franchise. While there is still very much a focus on Laurie Strode (Jamie Lee Curtis), the latest film spends a great deal of time with the new character Corey Cunningham, whose arc drives the entire plot forward.

Three years after accidentally killing Jeremy, Corey is trying to get on with his life in Haddonfield, but many residents aren’t letting him forget what he did, as it seems that, in the absence of Michael Myers, the town needs “a new bogeyman” to aim their hatred and anger towards. Even his own mother displays incredibly toxic behaviors towards him.

The only positive people in Corey’s life is Laurie Strode and her granddaughter Allyson Nelson (Andi Matichak), with whom Corey quickly develops a romantic relationship. But when pushed to the brink by his enemies, Corey encounters Michael Myers (James Jude Courtney) in the sewers, which sends him down a dark path that sees him becoming the new bogeyman Haddonfield wants him to be.

3. It Takes Some Bold Swings

Another thing you couldn’t possibly disagree with is the fact that Halloween Ends shakes up the formula. Gone is the murder-by-numbers structure we had become so accustomed to seeing in a Halloween movie, with the last two installments, Halloween (2018) and Halloween Kills (2021), being the most recent examples. Halloween Ends, however, is a very different beast.

It does, of course, feature a number of bloody kills, more of them at the hands of Corey Cunningham’s new bogeyman than Michael Myers — much to the understandable frustration of many fans — but the truth is that Halloween Ends takes the best part of its runtime to get there. In fact, it takes a whole 40 minutes for Michael Myers to even show up!

While these can be viewed as negatives by many fans, it’s hard to imagine that the filmmakers went out of their way to alienate the fanbase. Instead, as confirmed by director David Gordon Green and even Michael Myers actor James Jude Courtney, they decided to go for something different, rather than giving us yet another run-of-the-mill Halloween movie.

Halloween might have 12 movies which feature the iconic killer Michael Myers under its belt, but that doesn’t mean we’ve seen him die the same number of times. In fact, you can probably count on one hand how many times we’ve seen The Shape get his comeuppance, although thanks to retconning, it’s tricky to even count any of them as deaths anymore.

In the first sequel, Halloween II (1981), we do see Michael Myers (Dick Warlock) die after being burnt to death in an explosion caused by Dr. Samuel Loomis (Donald Pleasence), and we also see him get beheaded by Laurie Strode (Jamie Lee Curtis) in Halloween H20: 20 Years Later (2018), however, sequels to both those films found ways to bring the bogeyman back to life.

In Halloween Ends, though, we finally get to see Michael Myers laid to rest. After her final encounter with him in her kitchen, Laurie Strode pins him to the counter with knives and the refrigerator, before slitting his throat and his wrist. While we don’t know whether this actually kills him or not, the industrial shredder at the Haddonfield junkyard most definitely does.

1. It Challenges the Next Movie to Be Bold

While Halloween Ends is the final entry in the series of films from director David Gordon Green and Blumhouse Productions, it probably isn’t the last Halloween movie ever. After all, it’s a franchise that has seen several timelines, sequels, retcons, reboots, and deboots, and given the success of the latest films in particular, it’s hard to believe that this is where Halloween actually ends.

Who knows where the franchise will go from here, but here’s to hoping we’ll see more Michael Myers, whether it’s a sequel that picks up from another point in the franchise, such as Halloween 4: The Return of Michael Myers (1988), which ends on a mostly unresolved cliffhanger, or even Rob Zombie’s Halloween II (2009), which never got a follow up of any kind.

Whatever happens, though, Halloween Ends has certainly raised the bar for future films when it comes to taking risks and bold swings. It’s more than likely that the next film could be a return-to-formula kind of affair, or maybe even an anthology installment of some kind, like Halloween III: Season of the Witch (1982). Preferably more Michael Myers, though.

So, those are our five reasons why Halloween Ends is the best movie in the new series since Halloween (2018). Last year’s Halloween Kills was also met with a very prickly reception from fans and critics, however, now that Halloween Ends has turned out to be a lot more thought-provoking and unconventional than fans expected, many are looking back at Halloween Kills, arguably a more traditional Halloween outing, with some appreciation.

What do you think of Halloween Ends? Do you agree with any of these points? Let us know in the comments down below!