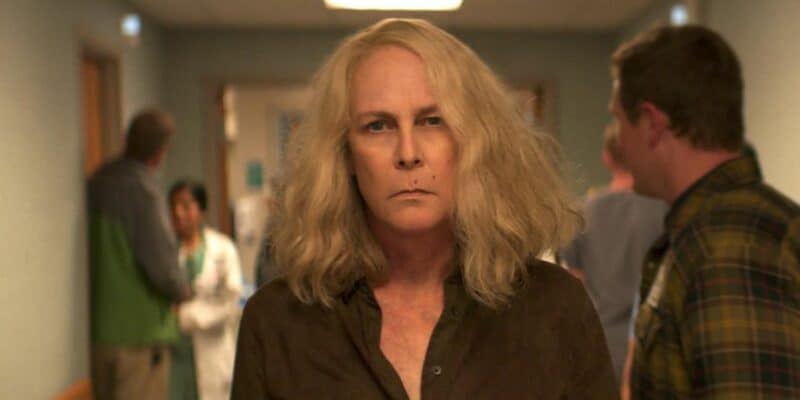 Halloween Ends (2022) might be slashing its way through the box office, but it continues to divide fans, and as such, has become the most controversial entry in the Halloween franchise to date, giving even anthology-sequel Halloween III: Season of the Witch (1982) a run for its money.

But it looks like it’s not just fans and critics who are disappointed with the latest Halloween movie, as two major Halloween stars themselves have revealed their thoughts on the film. Before we dive in, though, be warned that there are major spoilers ahead for Halloween Ends.

However, it’s really the latter part where fans and critics are taking great issue with the film, as Michael Myers doesn’t feature as heavily in Halloween Ends as you might think. Instead, the film focuses on the character of Corey Cunningham, played by Rohan Campbell.

Michael Myers, despite emerging victorious in last years’ sequel, has been mysteriously absent for four years. It takes some 40 minutes for him to finally appear, and when he does, he’s in a weakened state, and even for the remainder of the film, he doesn’t have a great deal to do.

Now, in the latest episode of their podcast Talk Scary to Me, Halloween franchise stars Scout Taylor-Compton and Danielle Harris have opened up about their thoughts on Halloween Ends.

“It was a really cool story if it was about a new serial killer and what it was like for someone to become a serial killer… but then they just kind of threw Michael Myers in there, is what it seemed like to me.”

Taylor-Compton also expressed frustration at Michael Myers not showing up until around 40 minutes in and being in a weakened state when he does, while also saying that she was “mortified” by the scene in which Michael is beaten to the ground by Corey. Here’s what she said:

“I was mortified when he went into that tunnel and [Corey] almost beat his ass. I was mortified. I almost couldn’t look, I was so traumatized about what was happening. He’s not the Michael Myers that we deserve.”

Despite their complaints, though, Taylor-Compton and Harris did praise the character of Corey Cunningham, with Harris saying, “I much preferred his kills to Michael Myers’ kills. He’s the only thing that kept me interested… but it shouldn’t have been a Halloween movie.”

The pair certainly aren’t alone in their thoughts on the fact that the concluding chapter in a trilogy perhaps wasn’t the time and place to introduce a new character while sidelining Michael Myers. In fact, there’s now even a fan petition to have the film completely reshot.

It’s no surprise that Taylor-Compton and Harris expected more from Michael Myers, either. After all, the version they faced in the two Rob Zombie movies was played by Tyler Mane, who stands at an impressive 6ft 9, making him one of the most terrifying versions of Michael Myers.

Taylor-Compton and Harris, both of whom never shared any of the Halloween movies with Jamie Lee Curtis, having each appeared in different timelines, also revealed on their podcast that their interactions with the icon at the Halloween Ends premiere left them feeling “very, very hurt”.

They each described similar encounters with Curtis, who apparently gave blunt responses when they told her who they had played in previous Halloween movies, with Harris playing Curtis’ on-screen daughter Jamie Lloyd, and Taylor-Compton playing Laurie Strode in the remakes.

Do you agree with Scout Taylor-Compton and Danielle Harris? Let us know in the comments down below!