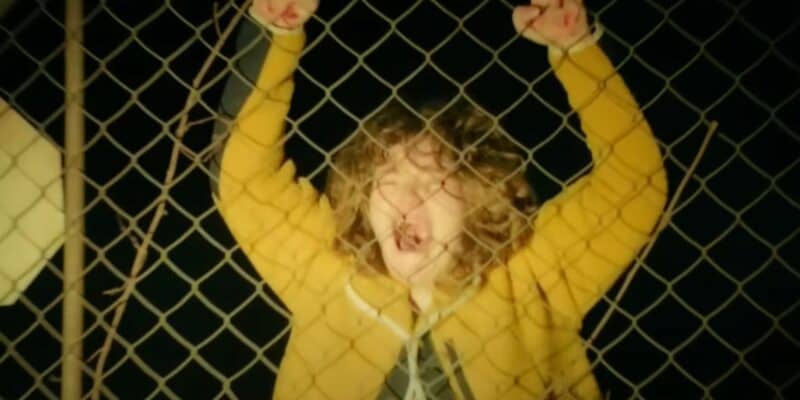 It seems that there’s no such thing as a movie or a television show that doesn’t cause a whirlwind of controversy these days, and the latest such experience is Halloween Ends (2022), the third and final installment in the Halloween series from Blumhouse Productions.

Not only is the film upsetting fans and critics, even some Halloween stars themselves aren’t too impressed, with actresses Scout Taylor-Compton and Danielle Harris, who play Laurie Strode and Annie Brackett in the Rob Zombie remakes, recently slamming the film.

There are major spoilers ahead for Halloween Ends.

Most of the complaints seem to relate to the fact that not only does the film not feature much in the way of Michael Myers (James Jude Courtney), but that when he finally does appear, he’s in a surprisingly weakened state, while also not getting to kill many Haddonfield residents at all.

But now, as reported by the website iHorror, some fans have launched a petition to have Halloween Ends completely remade. The petition, which can be found at Change.org, calls for a complete reshoot, or remake, of the film, one that features more Michael Myers.

The anger-fuelled and very entitled description for the Halloween Ends petition reads as follows:

“Halloween Ends was NOT a film that the Fans wanted! This was an Origins Story! The Corey Story! We deserve a movie worthy of Michael Myers and the Halloween Franchise! We love this Franchise whole heartily and this version of a Halloween Movie left us sad, mad, disappointed, and Infuriated. Please give us a movie that shows us what Halloween is really about. Our Apex Predator…. the King of Slasher Movies Michael Myers! This movie gave us a weak pathetic Michael who needed his mask to survive! This isn’t OUR MICHAEL MYERS! Our Killer is Strong, relentless, and unstoppable! Please right this wrong! We beg of you!!!”

This isn’t the first time fans have called for the remake of a widely hated movie, as Star Wars: Episode VIII — The Last Jedi (2017) faced the same backlash, as did the equally controversial last episode of HBO’s Game of Thrones (2011).

Needless to say, when you look at the history of such petitions, a remake of Halloween Ends is very unlikely to happen. Although, with that said, an extended cut or a director’s cut of some kind will most likely find its way onto DVD, Blu-Ray, and Digital in the coming months.

Recently, Jurassic World Dominion (2022), a film that was also met with a prickly reception from fans and critics during its run at the box office, got its own “Extended Edition”, which has been received more favorably than its theatrical counterpart.

However, there are already many examples of alternate cuts within the Halloween franchise itself, more notably the producer’s cut of Halloween: The Curse of Michael Myers (1995). While neither version is great, this cut does remedy some of the theatrical release’s many problems.

There are also alternate versions of Rob Zombie’s Halloween (2007), Halloween II (2009), and last year’s Halloween Kills (2021). But given its impressive box office numbers so far, Halloween Ends is unlikely to be the final entry in the franchise, so it’s not all doom and gloom for fans.

Not only that, but seeing as there are 13 Halloween movies to choose from, with nine timelines between them, most of which have toyed with the legacy of Michael Myers in some way or another, we don’t see what the big fuss is all about.

Will you be signing the petition to have Halloween Ends rebooted, or did you enjoy the film? Let us know in the comments down below!