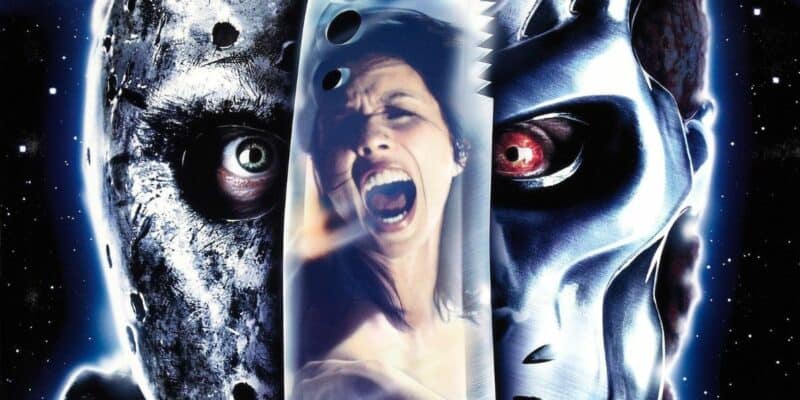 Just last week, we reported that a new Friday the 13th series titled Crystal Lake (TBA) is being developed for Peacock, which will serve as a prequel to the original 1980 film of the same name. Whether or not it will be canon with any of the many sequels, however, remains to be seen.

The Friday the 13th franchise might not have endured in the same way the Halloween franchise has over the decades, but it still boasts nine sequels, a spin-off (Freddy vs. Jason), and the reboot from Platinum Dunes in 2009, while Jason Voorhees remains an iconic horror icon.

Now, on a recent episode of The Kingcast podcast, the showrunner Bryan Fuller, has confirmed that the crew in charge of the show can use anything they want from Friday the 13th lore and beyond. However, that may involve some major surprises. Here’s what he said:

While Fuller is obviously joking, it remains entirely possible that Crystal Lake could wind up tying into some of the Friday the 13th sequels, namely Jason X (2001), the 10th movie in the series which, if you aren’t familiar, actually sees Jason Voorhees (Kane Hodder) go into space.

While it may sound completely bonkers — and it is — Jason X knows exactly what it is, and as such, makes for a pretty refreshing installment in an otherwise poor franchise. And somehow, despite going into space, it’s also one of the more enjoyable entries in the series.

However, it’s unlikely Crystal Lake will take this route, as Fuller elaborates, explaining that they simply “have the rights to do everything underneath the Friday the 13th umbrella”. So it’s reasonable to assume that his comments around going into space are indeed a bit of a joke. On the other hand, when it comes to this slasher franchise, never say never…

“As a streaming series, we have the rights to do everything underneath the Friday the 13th umbrella. The movie rights are a completely different thing. They are tied up at New Line and are super, super messy and probably won’t be untangled anytime soon, but as far as us chickens in the television industry, uh, roost, we have access to anything and everything that Friday the 13th has done up until this point.”

Friday the 13th is among the most iconic slasher franchises, alongside Halloween, Child’s Play, Scream, The Texas Chainsaw Massacre, and A Nightmare on Elm Street.

There is currently no release date for Crystal Lake.

Are you looking forward to the Friday the 13th prequel series? Let us know in the comments down below!