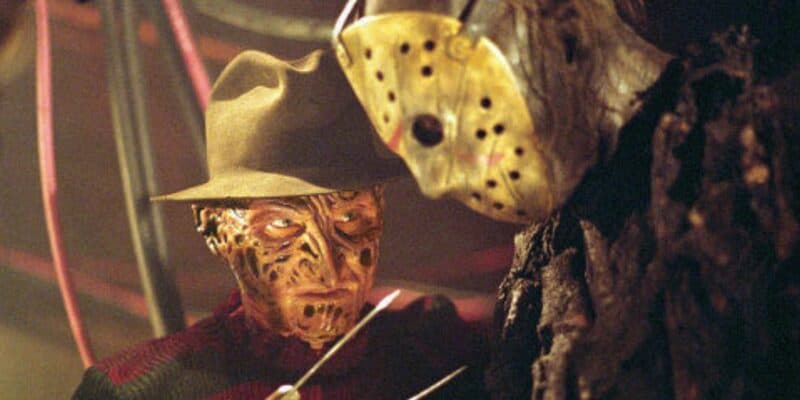 It’s fair to say that the slasher genre is making quite the comeback. With this year’s Scream (2022) having slashed its way through the box office, a sixth installment was quickly green-lit, which will be released in theaters in March next year.

Then there’s Halloween Ends (2022), the final sequel in the new Halloween Trilogy, which started only four years ago with Halloween (2018). This year also saw yet another Texas Chainsaw Massacre (2022) reboot head straight to Netflix.

Meanwhile, Chucky (2021), which is adapted from the Child’s Play movies, is enjoying its second season on Syfy and USA Network, proving that there’s also a market for slashers on the small screen, which might explain why yet another iconic slasher franchise is now getting its own show.

Peacock announced on Monday that Bryan Fuller, best known for the show Hannibal (2013), which is also adapted from a horror movie franchise (Silence of the Lambs), will be bringing a brand-new Friday the 13th reboot to the streaming service in the form of a television series.

Aptly titled Crystal Lake (TBA) — the home and hunting ground of the franchise’s iconic, machete-wielding serial killer Jason Voorhees — it has been confirmed that the show will serve as a prequel to the original Friday the 13th (1980).

As this is the case, it’s possible we won’t see Jason Voorhees return, as the killer in the original 1980 film is his mother, Pamela Voorhees (Betsy Palmer), who stalks and slays a group of counselors, whose previous generation were responsible for the death of her son.

However, with plot details naturally being kept under wraps, for all we know, Crystal Lake could wind up spanning more than one timeline (flashbacks have become a staple in most television shows, after all), so there’s every possibility we’ll see that iconic hockey mask.

In a statement that accompanied Peacock’s announcement, the show’s executive producer Bryan Fuller said that he “discovered Friday the 13th in the pages of Famous Monsters magazine” when he was 10 years old, and has “been thinking about this story ever since.”

He went on to say, “When it comes to horror, A24 raises the bar and pushes the envelope and I’m thrilled to be exploring the campgrounds of Crystal Lake under their banner. And Susan Rovner is simply the best at what she does. It’s a pleasure and an honor to be working with her again.”

While many will assume that Crystal Lake is the first television series in the Friday the 13th franchise, this isn’t the case. Friday the 13th: The Series (1987) aired way back in 1987, though it has nothing to do with Jason Voorhees.

Needless to say, while the original Friday the 13th is no classic, and certainly no masterpiece by any means, it still stands alongside other iconic slashers such as Halloween, Child’s Play, Scream, The Texas Chainsaw Massacre, and A Nightmare on Elm Street.

Regarding the upcoming show, which is yet to get a release date, NBCUniversal Entertainment Content Chairman Susan Rovner said the following in a statement:

“We can’t wait to get to work with Bryan Fuller, a gifted, visionary creator who I’ve had the pleasure of being a longtime friend and collaborator, along with our incredible partners at A24, in this updated version for Peacock that will thrill long-standing fans of the franchise.”

Are you looking forward to Crystal Lake? Let us know in the comments down below!