5 Things About Michael Myers That Aren't True - Inside the Magic 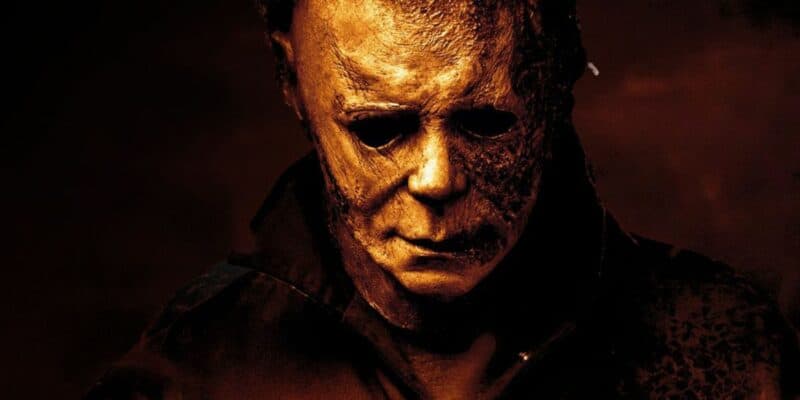 It’s been a few months since Halloween Ends (2022) slashed its way through movie theaters, and though the film is incredibly divisive, it’s the one installment in the franchise that gives you something to think about, especially when it comes to “the shape of evil”.

Many fans would disagree, of course, especially those who started a petition to have the film completely rebooted (be careful what you wish for — this is Halloween we’re talking about!), or even some of the stars from the previous movies, who weren’t all that impressed.

Halloween Ends is not without its flaws, and while one of the most controversial aspects of the film is the way in which Michael Myers (James Jude Courtney) is portrayed, it at least gives the iconic slasher killer another layer, adding even more interesting lore to the character.

Michael Myers is one of the most iconic slasher killers in movie history, but who is he? What is he? How much do we really know about him? Is there more than meets the eye with Michael? Here are five common misconceptions about everyone’s favorite boogeyman…

It’s true that Michael Myers doesn’t speak, but even the most diehard Halloween fans might have missed the two occasions in which he does speak. We’d be cheating if we included the scenes where he’s a young boy in the two Rob Zombie remakes, however, the sequel, Halloween II (2009), does have a deleted scene where Michael Myers (Tyler Mane) utters one word.

The scene in question is an alternate ending, but Michael Myers doesn’t just shout “Die!” when he attacks Dr. Samuel Loomis (Malcolm McDowell) — he removes his mask to do so! If you want to hear Michael Myers speak in an actual film, the scene in Halloween Kills (2021) in which Karen Nelson (Judy Greer) removes Michael’s mask leads him to whisper the words, “Give it back”.

It’s easy to say that Michael Myers doesn’t think, as he’s mostly comparable to a killer shark — he moves, stalks, kills, and then disappears. But to say that he has no thought process is untrue, as he exhibits a lot of “problem-solving” throughout the Halloween franchise (Halloween 4: The Return of Michael Myers and Halloween H20: 20 Years Later are some great examples).

As for actual thinking, there’s definitely something going on behind the mask. In Halloween Kills, he returns to his old home to stand in his sister’s bedroom window. And in Halloween Ends, he develops a mysterious “bond” with Haddonfield pariah Corey Cunningham (Rohan Campbell). And then there’s the fact that he exhibits something of an artistic flair when killing his victims!

This is where things remain quite confusing and conflicting with the character of Michael Myers. And though many of the sequels aren’t entirely sure whether or not Michael Myers is supernatural, this ambiguity was the whole point of the original Halloween (1978). Besides those bottomless black eyes (“the devil’s eyes”), not knowing is part of what makes him truly terrifying.

However, while one sequel does suggest that he is supernatural (Halloween: The Curse of Michael Myers), that’s just part of one of many different Halloween timelines. As such, there’s no definitive answer, but as Halloween Ends director David Gordon Green once said, his version of Michael Myers, at least, is “a human that is capable [only] of extraordinary things.”

This is where things start to get pretty fun, as it’s always entertaining to imagine what Michael Myers gets up to when he’s not on screen. How does he disappear from behind that bush so quickly in the original 1978 film before Annie Brackett (Nancy Kyes) catches him? The answer is pretty clear — he must secretly be hitting some personal goals without us knowing!

With that said, there are some scenes throughout the Halloween franchise in which Michael Myers moves pretty fast: In the original film, when pursuing Laurie Strode (Jamie Lee Curtis), he runs down the stairs; in Halloween 6 and Halloween H20, he he power-walks; and in Rob Zombie’s Halloween (2007), he charges Laurie Strode (Scout Taylor-Compton) out of a window!

5. He Has No Self-Preservation

Some fans believe that Michael Myers, whichever one of the nine versions of him we’re talking about from throughout the entire Halloween franchise, has no self-preservation, and they often celebrate how devil-may-care he is when it comes to being faced with a swarm of police officers or an angry mob. But this couldn’t be further from the truth.

While there are several occasions in the Halloween movies where Michael doesn’t really appear to care that he’s been injured or captured (there’s the 1978 flashback sequence in Halloween Kills, for example), this is only because he knows when to pick his battles. It would seem that Michael Myers wants to live. And why wouldn’t he? He’s clearly enjoying all that trick-or-treating!

Do you disagree with any of these points? Let us know in the comments down below!