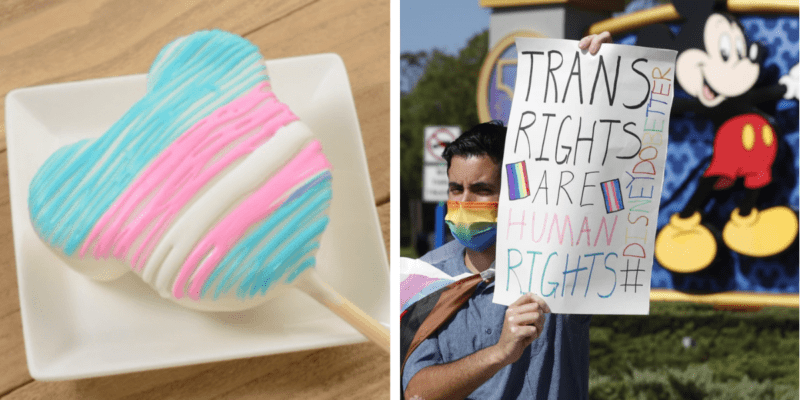 Disney has long taken a progressive stance toward gay marriage and LGBTQIA+ issues. In the 1990s, before the Supreme Court legalized gay marriage nationwide, The Walt Disney Company offered gay and lesbian employees insurance for their partners. However, Disney’s progress toward transgender acceptance has been much more recent.

This year saw Disney CEO Bob Chapek promise Disney Cast Members and fans that the company would stand firm in support of the LGBTQIA+ community. In February, Florida Governor Ron DeSantis introduced the Parental Rights in Education Act, also known as the “Don’t Say Gay” bill. Fans and Cast Members led protests around the country after public records revealed that Disney had donated to many politicians who sponsored the bill.

Despite the backlash, The Walt Disney Company remains firm in supporting LGBTQIA+ Cast Members and fans. Today, we’ll review significant milestones by Disney Parks as they continue to push toward transgender inclusivity and acceptance.

The Bibbidi Bobbidi Boutique is a magical, one-of-a-kind Disney Parks experience that allows young Guests to transform into princesses and shining knights! The experience returned to Walt Disney World Resort and Disneyland Resort this August after COVID-19 closures.

This change is more gender inclusive and allows Cast Members who don’t identify as female to participate in magical Bibbidi Bobbidi Boutique makeovers.

Disney is known for releasing rainbow merchandise in June and the occasional rainbow-themed snack, but they’ve gone all out this year. Until June 30, 2022, Disney donated 100% of the proceeds from its Pride collection to organizations that support the LGBTQIA+ community. It was notably also the first-ever officially titled “Pride collection.” In previous years, the collection was titled “Rainbow Disney.” 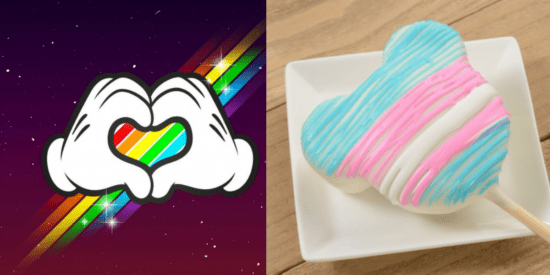 In 2021, Tokyo Disney Resort took a significant step towards inclusion by replacing the standard greeting at the beginning of the Main Street Electrical Parade. Instead of saying, “Ladies and gentlemen, boys and girls,” the voiceover now begins with:

“Good evening and welcome, one and all….”

Additionally, Disney Cast Members are now trained to use phrases such as “Hello, Friends” instead of “Hello, boys and girls.” This language aims to make all feel comfortable, particularly nonbinary and gender non-conforming Guests.

Recently, we reported a heartwarming video of a transgender Guest at Disneyland Park coming out to Disney Princesses. They explained the impact that Princesses like Cinderella, Sleeping Beauty, Belle, and Rapunzel had on their journey toward self-love and acceptance.

As expected, each Disney Cast Member responded with care, respect, and acceptance. Some even appeared to tear up as the transgender Guest shared their story.

“I couldn’t help but think how having the princesses affirm my identity would have meant all the stars in heaven to me as a little girl. Indeed, watching and listening to these videos, I could feel the sad little girl inside me who never got to be a little girl feel at peace,” the Guest wrote of their experience. “So I’m putting this out there now so that others can have something I did not growing up. Here’s to hoping that it just might help heal some wounded hearts and fortify some young, tender hearts against future injuries.”

As time goes on, The Walt Disney Company and Disney Parks will continue to grow and progress toward representation and acceptance for every gender identity. As Walt Disney once said:

To ALL who come to this happy place, welcome.

What steps towards LGBTQIA+ Disney Park representation would you like to see?