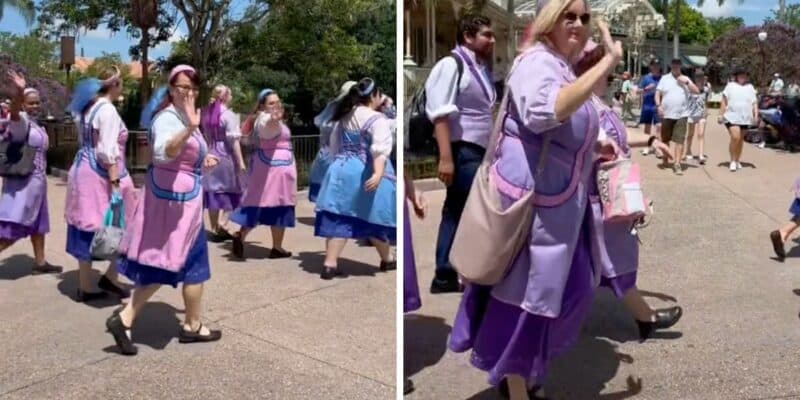 When Bibbidi Bobbidi Boutique reopens, there will be some changes, including what the “Fairy Godmothers in Training” will now be calling themselves.

This change is more gender inclusive and will allow Cast Members who don’t identify as female to participate in magical Bibbidi Bobbidi Boutique makeovers.

And now, we have our first look at the new gender-inclusive Cast Member role as some “Fairy Godmother’s Apprentices” were parading through Magic Kingdom!

Bibbidi Bobbidi Boutique is reopening at Magic Kingdom on August 25.

This is just one of the many ways Disney is trying to push more inclusivity. Recently Disney changed the opening to the fireworks shows as they removed the phrase ”Ladies and Gentlemen, boys and girls”. Disney Cast Members also have a less strict dress code as it, too, has become more gender-inclusive.

With the wave of a magic wand—plus a few hands-on tricks of the trade—our Fairy Godmother’s Apprentices will pamper and primp your child until they look storybook stunning. Children can choose a hairstyle then add makeup, nail polish and accessories—even a Disney costume.

How do you feel about the new“Fairy Godmother’s Apprentices” role title? Let us know in the comments below.