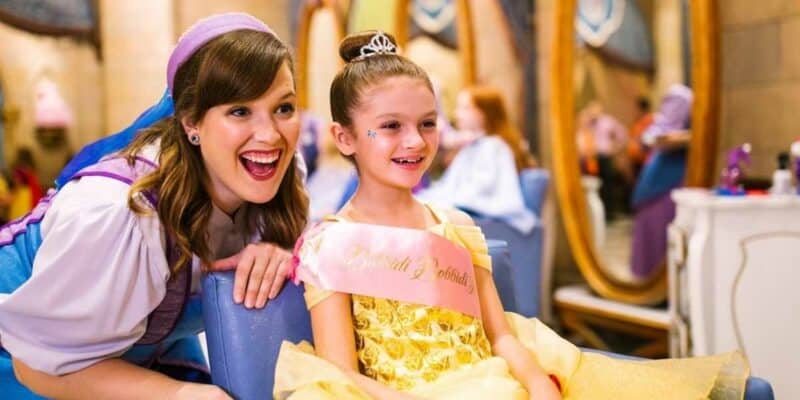 After waiting for what feels like forever, Disney finally revealed when the amazing Bibbidi Bobbidi Boutique is coming back.

Guests have been missing the magic of the beloved Bibbidi Bobbidi Boutique at Disney Parks ever since its locations closed during the COVID pandemic.

We’ve seen the return of multiple experiences at Walt Disney World and Disneyland but one thing that families have been yearning to come back to is the Bibbidi Bobbidi Boutique, the magical salon where royal makeovers by a Fairy Godmother make dreams come true. Now, Disney has finally revealed when this iconic experience is coming back to both Disneyland and Walt Disney World.

On the official website, Disney posted the following statement:

Bibbidi Bobbidi Boutique at Magic Kingdom park will reopen August 25, 2022. You can book online beginning in early August; check back later for more details. The locations at Disney Springs and Disney’s Grand Floridian Resort & Spa remain closed at this time.

Have you heard the royal proclamation? 📣 Bibbidi Bobbidi Boutique will welcome young guests once again for magical makeovers at Magic Kingdom Park at @WaltDisneyWorld and Disneyland park at @Disneyland on August 25! ✨ https://t.co/8FtsqO2ePU pic.twitter.com/lmfb6pR1EJ

So there you have it, Disney’s Bibbidi Bibbidi Boutique is officially coming back to the Disneyland and Walt Disney World Resort on August 25!

With the wave of a magic wand—plus a few hands-on tricks of the trade—our Fairy Godmothers-in-Training will pamper and primp your child until they look storybook stunning. Children can choose a hairstyle then add makeup, nail color and accessories—even a Disney Princess costume.

Are you excited for this to return to the Disney Parks?