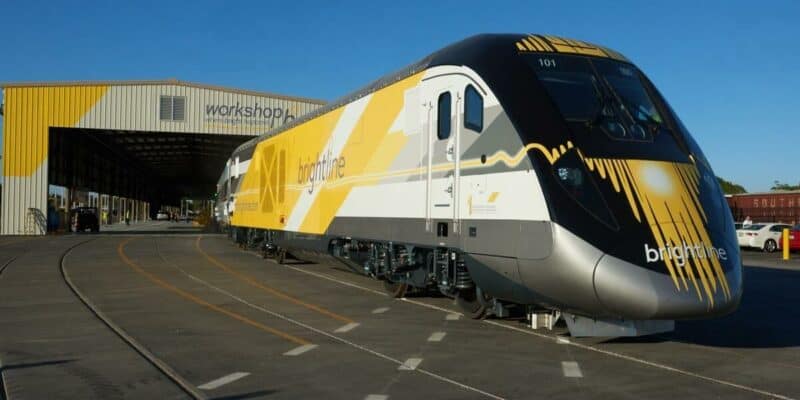 Following the unexpected news that Disney would not be going forward with the Brightline rail station, more information has come out regarding the cancelation.

As shared by Orlando Business Journal, Brightline still plans to come as close to the Walt Disney World Resort as possible, even though it will not actually connect to the property.

Disney confirmed that the plans had been dropped entirely for the high-speed rail station integration at Disney Springs, which is quite a blow to Guests looking for a replacement for the beloved Magical Express which Disney also axed recently. As of now, Guests only have Disney’s Minnie Van service, the Monorail and Resort buses. The Brightline station would have eased a lot of Guest’s travels as they made their way into “The Most Magical Place on Earth”.

If you are not familiar, one of the newest Brightline lines was meant to connect Orlando International Airport (MCO) to Disney Springs, which would allow Guests to easily travel to Disney property after arriving.

Not only would this have been very beneficial for many now that Disney’s Magical Express has officially retired, but it would have also given Disney World Guests the opportunity to visit other areas of Florida without needing a car.

As of now, Brightline’s current route will take passengers from the Orlando International Airport to stops in the Orange County Convention Center and International Drive area.

However, one new station will be added at the Orange County Convention Center as well as a new alternative station near the now-defunct Disney Springs location. Brightline senior vice president of corporate affairs, Ben Porritt said, “Together, the three integrated stations provide access to the largest economic and employment centers in Central Florida, and offer the best opportunity for the success of Brightline and SunRail [Central Florida’s commuter train].”

We are unaware of the specifics of this location at this time. Disney decided not to host the station at Disney Springs after Brightline altered its plans to include stops on International Drive to service Universal Orlando Resort and other attractions.

“Late last year, we were asked by several community leaders to explore alternative alignments for our planned expansion from [the Orlando airport] to Tampa. The original plan called for a single station at Disney Springs. Along with a broad range of stakeholders, we have identified a solution now known as the Sunshine Corridor, which contemplates two new stations and integrates Brightline’s intercity service with SunRail through an east-west expansion.”

One of the new stations is likely to host Guests visiting Universal’s new Epic Universe which is coming sometime in 2025. While Brightline is in no way competing with Disney, it will be very interesting to see the rail station so close to Disney while servicing Universal.

Will you be using Brightline in the future?