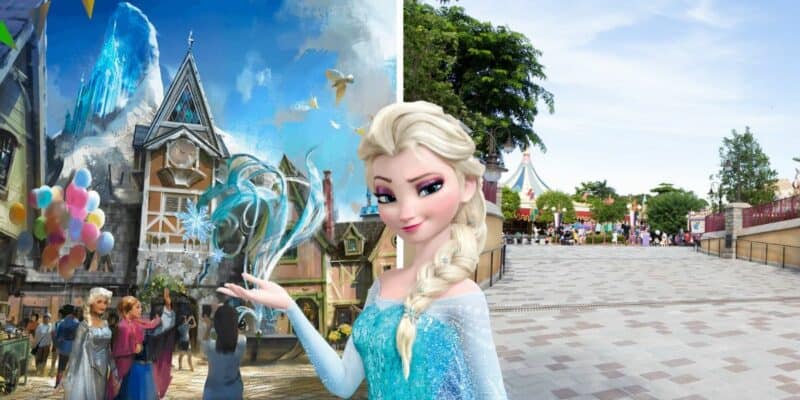 The upcoming Frozen-themed land at Hong Kong Disneyland will be home to a stunning atmosphere, unique attractions, and may even allow Guests to bump into some favorite characters from Frozen, including Elsa, Anna, Olaf, and others.

Guests will also be able to see iconic landmarks from the record-breaking film franchise, including Elsa’s ice palace!

As construction continues on Arendelle: World Of Frozen, Guests are now able to get a bit closer to the upcoming land as Disney has opened up the pathway!

HKDL Fantasy visited the Park recently and was able to snap pictures of the newly opened pathway, writing:

We are one step closer to #ArendelleWorldOfFrozen as greater portion of the pathway is now accessible.

The spacious pathway also provides a new perspective of Fantasyland and Castle of Magical Dreams.

We are one step closer to #ArendelleWorldOfFrozen as greater portion of the pathway is now accessible.

At this time, we do not have an exact opening date for the Frozen-themed land, but Inside the Magic will continue to update you as we get more information.

More on Arendelle: World Of Frozen

Are you excited for when Arendelle: World of Frozen opens? Let us know in the comments below.

Comments Off on Pathway to Disney’s ‘Frozen’-Themed Land Now Open!