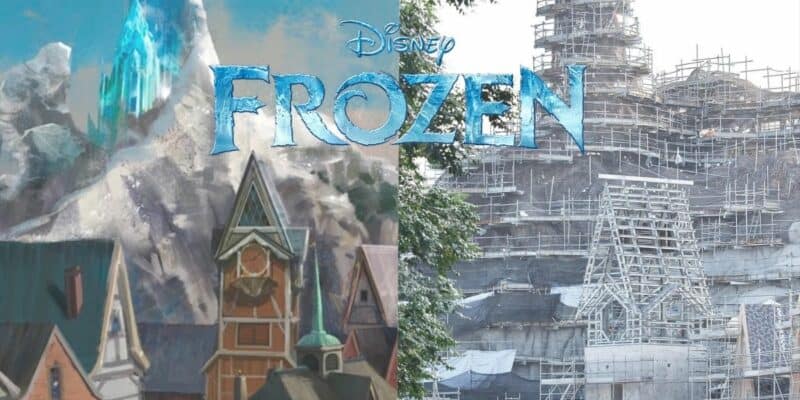 Fans of the record-breaking film, Frozen, cannot wait for the day they can actually step inside the world of Arendelle when visiting the highly anticipated Frozen land. The upcoming land, which will reside in Hong Kong Disneyland, will be home to a stunning atmosphere, unique attractions, and may even allow Guests to bump into some favorite characters from Frozen, including Elsa, Anna, Olaf, and others.

Inside the Magic has been following along with the ongoing construction at Hong Kong Disneyland, and now, we can share that another milestone has been hit at the upcoming Frozen-themed land.

Earlier this month, we reported that the clock tower and its surroundings are beginning to take shape. Now, thanks to HKDL Fantasy, we now have a first look at the upper structure of the clock tower. Per their recent Tweet:

FIRST LOOK: The upper structure of the Clock Tower has arrived at #ArendelleWorldOfFrozen.