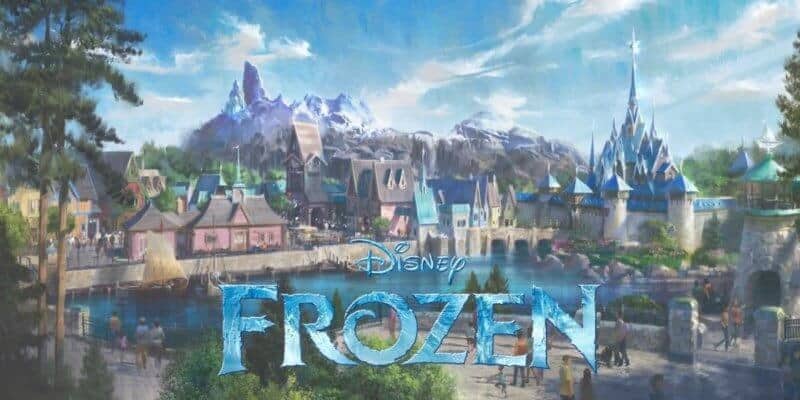 Who’s ready to travel Into the Unknown? Disney Guests cannot wait for the day they will be transported into the beautiful world of Arendelle at Hong Kong Disneyland.

Construction has been continuing on the land for quite some time now, and thanks to YouTuber, Disney Magical Kingdom Blog, we have an up-close visual on just how far this project has come.

One of the attractions Guests are looking forward to experiencing once the land opens is the Wandering Oaken’s Sliding Sleighs roller coaster. This ride will take Guests on a journey through Arendelle after they pay a visit to Oaken’s famous store.

You can see this attraction beginning to take shape in the YouTube video.

Additionally, Guests will be able to experience an identical version of EPCOT’s Frozen Ever After attraction. In case you aren’t familiar, Disney World describes this attraction as:

Though during the YouTube video we couldn’t point out exactly how far construction has come, we do know recently the ride vehicles were spotted arriving at Hong Kong Disneyland so we know the park is actively working on the project.

We can also see the North Mountain, which is depicted in the concept art, begin to take shape thanks to Disney Magical Kingdom Blog’s YouTube video.

These were just some of the highlights from Disney Magical Kingdom Blog’s YouTube video showcasing the construction at Hong Kong Disneyland. For more, be sure to check out the full video on construction progress for the upcoming Frozen themed land here: