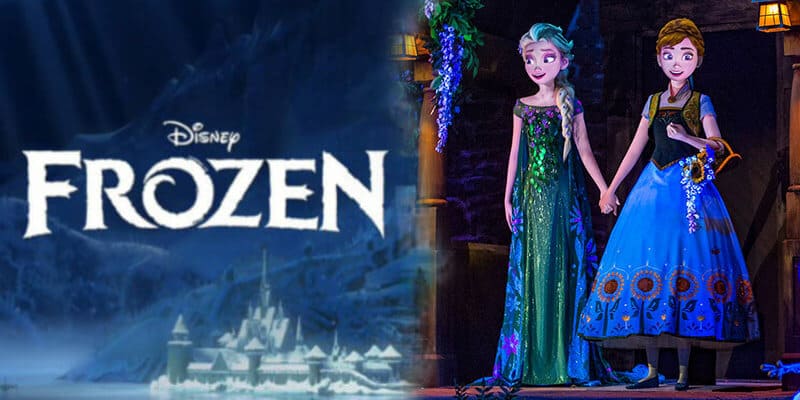 The ride vehicles for Hong Kong Disneyland’s version of the Frozen Ever After attraction have officially arrived at the resort as the theme park’s Frozen land continues to take shape–and we’re freezing with excitement!

As we’ve recently shared, work just recently continued on the theme park’s upcoming Frozen-themed roller coaster Wandering Oaken’s Sliding Sleighs as a new series of images showed workers back on the site continuing the assembly of the ride’s track. Now, it seems work is also continuing on the park’s second Frozen-themed attraction as the ride vehicles for the Frozen Ever After, pictured below, appear to have just been transported to its construction site, sitting next to a second vehicle and other materials still waiting to be installed as part of the upcoming log flume.

Similar to the ride vehicles found at EPCOT’s version of the attraction, the boats appear to be almost identical. If you’re not familiar with the whimsical ride, be sure to watch our official ride-through of the ride on our YouTube channel, featured below.

This attraction will be the second Frozen-themed attraction at the Hong Kong park in addition to the upcoming Wandering Oaken’s Sliding Sleighs. For those who are not familiar with the attraction, upon its premiere, guests will be able to venture across the bridge to explore the neighboring forest where they will enjoy an exciting family thrill ride that traverses the natural landscape.

The attraction will take guests on a winding journey through Arendelle. The experience will begin when you visit Oaken’s infamous store. Then, Olaf and Sven help pull your sled to the top of the lift before sending you on your way.

What are your thoughts on these ride vehicles arriving at Hong Kong Disneyland to be installed in this beloved attraction? Let us know in the comments!

Comments Off on PHOTOS: Ride Vehicles For Frozen Ever After Arrive at Hong Kong DL