Elements of Upcoming 'Frozen' Land Near Competition - Inside the Magic 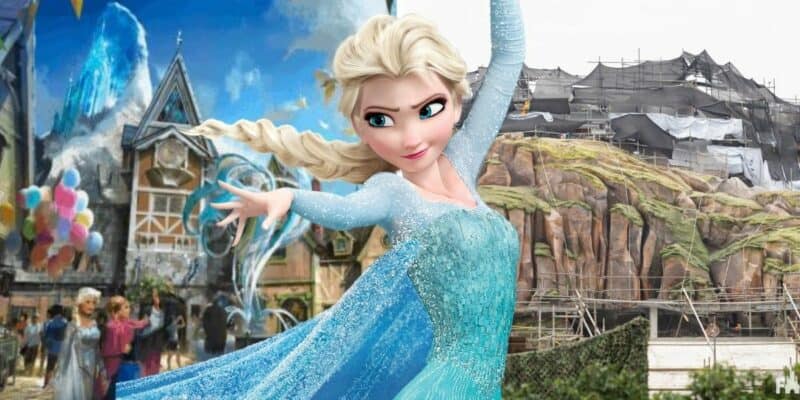 Elsa, Anna, Olaf, and others will soon have a new home at one Disney Park. Fans of the franchise and the films Frozen (2013) and Frozen 2 (2019) can already experience Frozen-related fun at Walt Disney World by visiting Olaf at his meet and greet location or by attending For the First Time in Forever: A Frozen Sing-Along Celebration in Disney’s Hollywood Studios.

Or if you are looking to meet with the Frozen sisters, Anna and Elsa, head on over to EPCOT for their meet and greet located in the Norway pavilion in World Showcase.

Guests visiting the west coast can also meet with Anna and Elsa at Disney California Adventure Park at Disneyland Resort.

But soon, Anna and Elsa will have a new home over in Hong Kong Disneyland when the highly anticipated Frozen-themed land opens to Guests.

That’s right, fans of the record-breaking films, Frozen and Frozen 2, will soon be able to step inside the world of Arendelle as Disney Imagineers are working hard to complete the highly anticipated Frozen-themed land, coming soon to Hong Kong Disneyland.

The Frozen-themed land will be home to a stunning atmosphere, unique attractions, and may even allow Guests to bump into some favorite characters from Frozen, including Elsa, Anna, Olaf, and others.

Guests will also be able to see iconic landmarks from the record-breaking film franchise, including Elsa’s ice palace! During the announcement of the Frozen roller coaster in August at the D23 Expo, Bob Chapek spoke on his excitement of the land, saying: “Soon Guests will be able to visit the kingdom of Arendelle with all of its sights, sounds, cuisines, and traditions.”

As construction continues on Arendelle: World Of Frozen, HKDL Fantasy on Twitter just shared new photos of the progress, showing that painting is nearly complete on a portion of the mountain range! Per their Tweet:

Paint work appears to be near completion for a portion of the mountain. The great details of the rockwork are unveiled gradually as the scaffolding goes down.

Paint work appears to be near completion for a portion of the mountain. The great details of the rockwork are unveiled gradually as the scaffolding goes down.#hongkongdisneyland #HKDL #disneyparks #disney #香港ディズニーランド #Frozen #アナ雪 pic.twitter.com/K5V7djkT8B

At this time, we do not have an exact opening date for the Frozen-themed land, but Inside the Magic will continue to update you as we get more information.

Are you excited to see Arendelle: World of Frozen reaching new milestones? Let us know in the comments below.

Comments Off on Elements of Upcoming ‘Frozen’ Land Near Competition