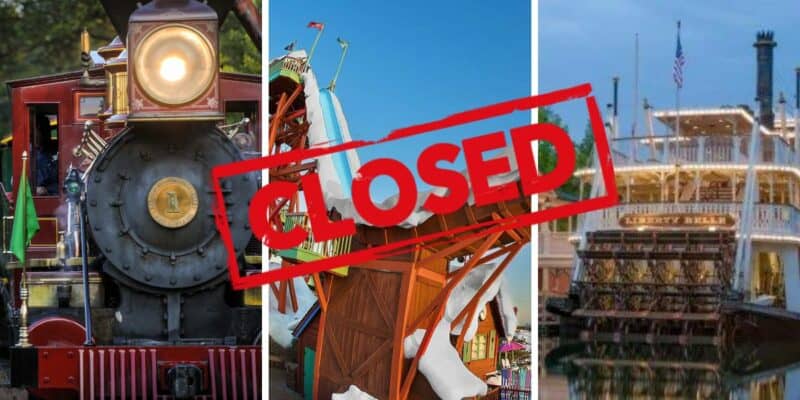 If you are traveling to Walt Disney World next month, September 2022, here are the rides and experiences currently listed as unavailable.

Unfortunately, we still do not have a reopening date for the Walt Disney World Railroad, meaning the attraction remains closed indefinitely.

Typhoon Lagoon and Blizzard Beach typically close every year during the winter months for refurbishment during low peak season. Disney has not officially announced an end date for the water park’s refurbishment, meaning the Park will remain closed indefinitely.

Space Mountain is one of the most popular rides in Magic Kingdom at Walt Disney World. The fan-favorite ride opened at Magic Kingdom in January of 1975, making it the oldest active roller coaster in Florida!

We aren’t sure what exactly Disney is doing to the Space Mountain shop, but Inside the Magic will update you as we get information. In the meantime, Space Mountain remains open to Guests.

Are you traveling to Walt Disney World next month? Let us know in the comments below.