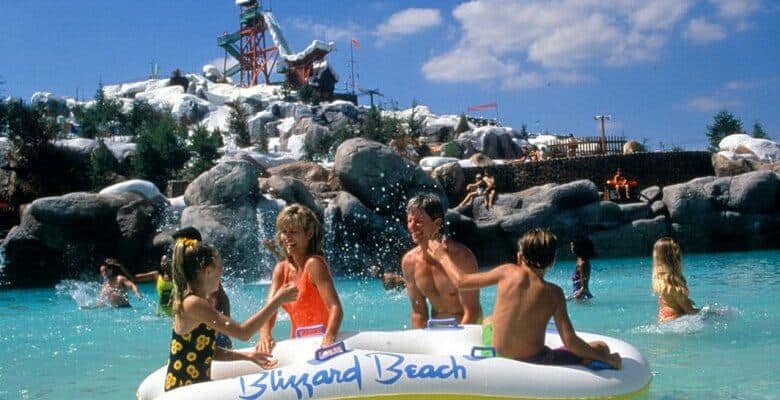 The Walt Disney World Resort boasts four theme parks, two water parks, a giant retail and restaurant area called Disney Springs, multiple Disney hotels, and so much more. With a footprint as big as the Orlando Disney Resort, ensuring every Park and attraction is open for Guests all year around is impossible, and currently, Disney’s Blizzard Beach Water Park is indefinitely closed.

Little is known about what Disney is doing during the water park’s closure, but a new permit filed by Walt Disney Imagineering points to refurbishment, changes, or even a fully new attraction, coming to the Central Florida Disney water parks.

With Disney Genie+ and Lightning Lane for attractions like Space Mountain and Haunted Mansion, and now the return of virtual queues with rides like Guardians of the Galaxy Cosmic Rewind, the Disney theme parks are busy. For those looking for time out from Disney’s Animal Kingdom, or the hustle and bustle of Star Wars: Galaxy’s Edge at Disney’s Hollywood Studios, and the other Parks, Guests can seek the aquatic delights of a Disney water park.

Disney’s Typhoon Lagoon Water Park and Disney’s Blizzard Beach Water Park feature all the thrills of a Disney theme park. While Blizzard Beach undergoes a lengthy refurbishment, Guests can visit the wave pool or the lazy river at Typhoon Lagoon. Be on the lookout for weather warnings, though, as water parks are the first to shut down when the tropical Florida climate takes a turn.

As for Blizzard Beach, the water park was slated to reopen in May but has since been extended indefinitely. It is not known what is going on at the Park, but construction has been seen in the area. Now, a permit filed by Walt Disney Imagineering to “Install show items” signals more changes to Blizzard Beach amid its long renovation.

The permit from The Walt Disney Company’s Imagineering division has work listed from Brilliant Fabrication — a creative element installation company that most recently worked on the new Guardians of the Galaxy: Cosmic Rewind attraction at EPCOT’s former Future World location, the new World Discovery.

It’s not clear what these show items could be; they may be small, or they may be the beginning of something bigger. Only time will tell when Disney’s Blizzard Beach Water Park reopens (hopefully) in the near future, bringing Guests back to Summit Plummet, Tike’s Peak, Runoff Rapids, and Toboggan Racers.

As for other updates around Walt Disney World Resort, Imagineers are moving fast on Magic Kingdom’s upcoming TRON coaster in Tomorrowland, while work continues on Fantasmic! at Disney’s Hollywood Studios, and the new Finding Nemo-themed musical readies to open at Disney’s Animal Kingdom Theater in the Wild.

What do you think is happening over at Walt Disney World’s Blizzard Beach? Let us know in the comments down below!