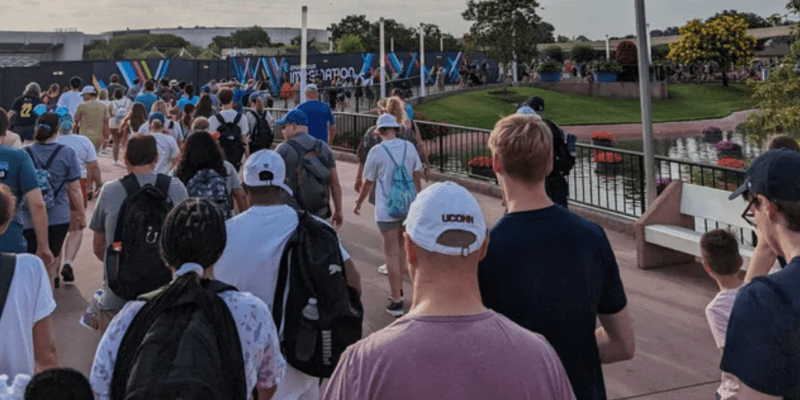 Walt Disney World Guests were eager to visit EPCOT the other morning as crowds poured into the theme park at rope drop.

You can clearly see in the photo above that Guests were rushing into the theme park, eager to ride attractions such as Test Track and Frozen Ever After, as well as check out the newly opened Club Cool or Creations Shop.

Guests are also eager to ride the newest coaster at EPCOT, Guardians of the Galaxy: Cosmic Rewind, which is utilizing a virtual queue system, similar to when Star Wars: Rise of the Resistance at Disney’s Hollywood Studios and Remy’s Ratatouille Adventure at EPCOT opened.

At this time, Guardians of the Galaxy: Cosmic Rewind does not have a StandyBy queue.