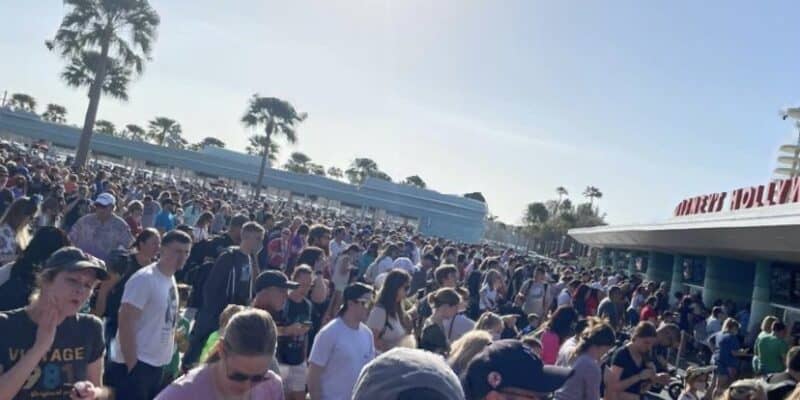 When visiting Disney’s Hollywood Studios this morning, Guest Damen A. was at the gates when the Park opened, along with thousands of others.

As you can see in the image below, Guests were eager to enter Disney’s Hollywood Studios in attempt to ride fan-favorites such as Rise of the Resistance, Millennium Falcon: Smugglers Run, Mickey and Minnie’s Runaway Railway, Tower of Terror, and more.

This isn’t too surprising as we have been reporting on available Park Pass availability lately, which is slim to none.

As we approach the spring and summer time, we expect to see the Park Pass availability continue to sell out so if you are planning on visiting Walt Disney World and its four theme parks — Magic Kingdom, EPCOT, Disney’s Hollywood Studios, and Disney’s Animal Kingdom — be sure to secure your Park Passes as soon as possible.