NOW OPEN: Club Cool Is Back at EPCOT! - Inside the Magic 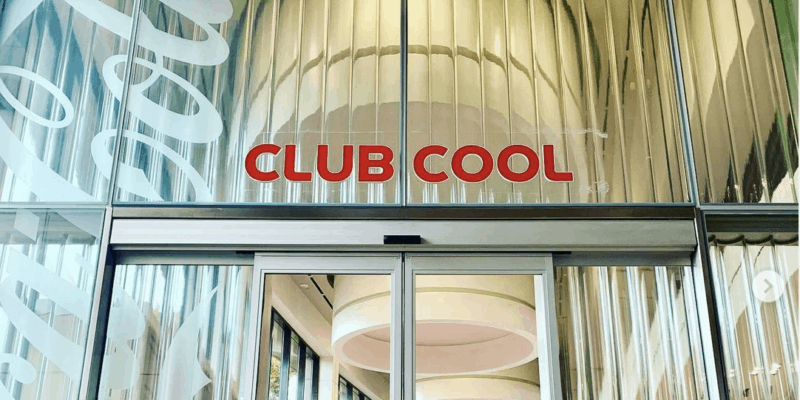 Get your cup ready for heavy pourings of Beverly! The new and improved Club Cool opens today, Wednesday, September 15, 2021 at Walt Disney World’s EPCOT theme park. Head to the Future World area to see everything Coca-Cola has to offer you at this new fan favorite experience!

At the revitalized Club Cool, you’ll be able to sip your popular Coca-Cola flavors from around the globe like:

What’s the Disney Cast Member favorite? We hear from some Club Cool cast about their favorite flavors. (And a side note about the Beverly… we say it’s our favorite, too, because we love to tell our friends to try it! You’ll have to agree, it’s a total experience!)

Be sure to bring your family and friends to take the Beverly challenge. Will they enjoy this incredibly bitter apéritif Coke product from Italy? After sipping your way around the world with free Coca-Cola drink samples, pick up awesome Coca-Cola merchandise and get your brain freeze on with a purchasable, frozen Coca Cola products at the bar top!

Disney Imagineer Zach Riddley posted a sneak peek in August that the grand reopening of Club Cool was almost upon us and shared some cool facts about the door itself. The EPCOT Club Cool marquee font is featured in Coca-Cola red, and the glass is inspired by the classic green-hued glass Coca-Cola bottles. You’ll also spot the tone-on-tone iconic Coca-Cola logo crawling up the side.

He shares more of Club Cool’s history in his earlier post,

“Coca-Cola has been a part of the Disney Parks story since 1955 when ice cold Coca-Cola was served at Disneyland! In 1998 the first iteration of Club Cool, Ice Station Cool, opened its doors here at EPCOT. Since then, we’ve continued to reimagine this location and it has truly become a part of the EPCOT experience. Club Cool tells the uniquely EPCOT story about flavors of the world connecting people globally – where Guests can taste test popular Coca-Cola flavors from different countries including the beloved Beverly, which we can confirm WILL have a spot on the soda fountain […]! “

Will you be sipping the Beverly again at EPCOT soon? Leave us a comment below!

Comments Off on NOW OPEN: Club Cool Is Back at EPCOT!