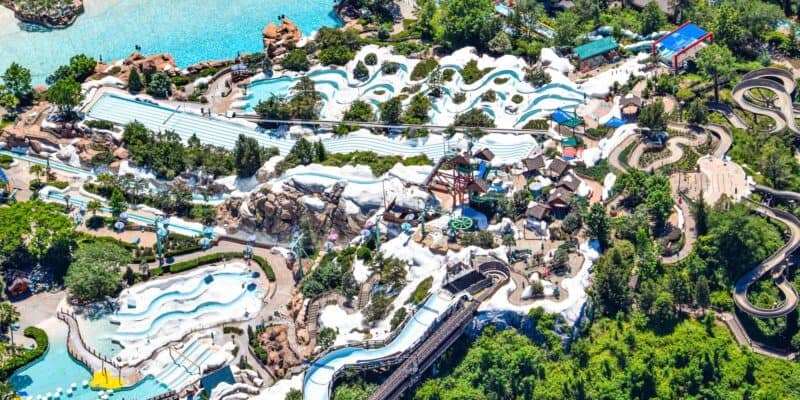 But, there is more to experience at Walt Disney World Resort than just the theme parks.

Typhoon Lagoon several months ago after being closed for nearly two years. As the Disney Park gears up for summer crowds, it was recently announced that the beloved After-Hours event H20 Glow Nights would be returning to Typhoon Lagoon this summer. However, Disney has been quiet on the status of Blizzard Beach.

Disney announced a refurbishment for Blizzard Beach that was originally supposed to end in March. However, the reopening date for the water park was later removed from the Disney World website and its closure remains indefinite at this point.

While there hasn’t been an update from Disney on the status of the water park, we can share that a permit was recently filed to provide labor, material, and/or electrical work for construction at Blizzard Beach. While the description of what will be happening during this continued refurbishment is vague, another permit filed indicates that the closure will be extended even longer.

Like the other areas of Walt Disney World Resort, we are welcoming back Guests and Cast Members to Disney’s Typhoon Lagoon water park in a responsible way, with a plan focused on health and well-being.

While nothing has been confirmed, it should be noted that the current Disney Park calendar extends through June and Blizzard Beach is not currently listed on any of those dates.

What do you think of the extended closure of Disney’s Blizzard Beach? Let us know in the comments!