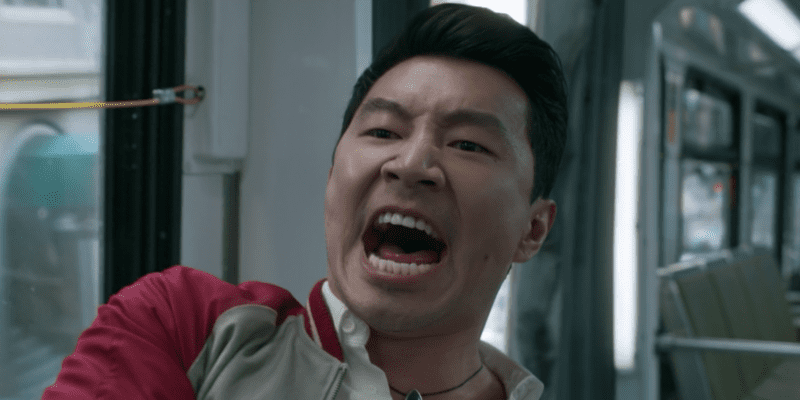 Shang-Chi and the Legend of the Ten Rings (2022) might have had a darker ending sequence with the demonic soul-eating creatures in Ta-Lo.

Simu Liu made great strides in the MCU by appearing as Marvel’s first Asian super hero in the Marvel Cinematic Universe. Just like any other Marvel movie, there were a lot of cool moments cut from the movie.

At one point, the movie almost included Deadpool fighting in the Xialing’s fight club, but Marvel decided to wait a few more years before introducing MCU fans to Ryan Reynolds’ Deadpool. After seeing some new concept art for the movie it seems that Shang-Chi had a darker tone for the final battle sequence.

One of the concept artists for the movie, Jerad S. Marantz posted some of his artwork for fans to see. He described his design process for the soul-eating demons we see fight Shang-Chi in Ta Lo and it seems they almost were more sinister and terrifying in the earlier stages:

I got to do a lot of #creature exploration for #shangchi demons. I love working this way. I can generate a lot of ideas using this simple technique. I’m really just roughing out the silhouette of a creature and then kicking it over to #procreate to do all the line work. The color work is done with an overlay layer in #photoshop. Great technique for brainstorming.

While this design was super cool, Marvel probably didn’t want to scare the kids who would go to watch this movie. With Shang-Chi being a huge milestone for Marvel by having their first Asian super hero, it would make sense that they would prioritize having a more family-friendly movie rather than allowing the demons to be terrifying.

This allowed families to watch the movie with no problem since COVID was still a factor for some families when it came to seeing the movie in the theater. In the end, Shang-Chi did well at the box office and Marvel fans were happy with how the movie turned out, but hopefully, the sequel won’t ditch any terrifying concept art again.

Do you think the demons should’ve been more terrifying in Shang-Chi? Let us know what you think!