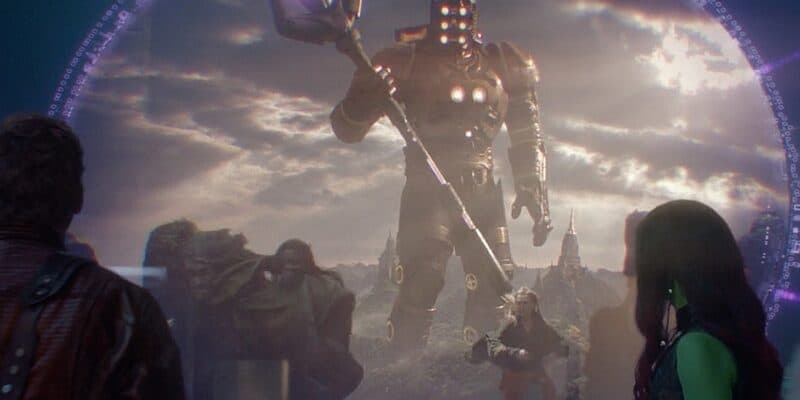 Marvel’s Phase 5 already has some teases for what fans can expect — one of them being a major crossover between what’s left of the Guardians crew and Eternals (2019).

Yesterday, fans got excited after learning about new titles getting trademarked, such as Secret Wars and more projects including Kang the Conqueror. Now, Marvel fans learn about a slew of new titles trademarked today as Marvel continues to surprise fans.

While nothing has been officially announced, Marvel could be waiting to announce all of these movies at D23 later this year. Some things could be announced at San Diego Comic-Con, but it seems that the panel will mostly focus on Black Panther: Wakanda Forever (2022) and some of the upcoming MCU projects releasing soon.

Here’s the list of Marvel titles that were trademarked today:

Eternity Wars is a comic crossover event where the Higher Evolutionary — potentially the villain for Guardians of the Galaxy Volume 3 — fights the Celestials who attempt to weaken Eternity, the embodiment of the Multiverse in the MCU.

Here’s a brief description of the event from a Marvel database:

In an attempt to help strengthen Eternity, the Maker harvested the essence of the Aspirants and used the High Evolutionary’s technology to disrupt and bring down the Superflow, the network that separated realities from one another, successfully merging every universe within Eternity into one. The Maker also took advantage of this opportunity to rewrite the laws of the Multiverse to bring back to life the original Ultimates from his defunct home universe. Even though the process strengthened Eternity in the beginning and allowed it to break free from the First Firmament’s grasp, it soon proved to be counterproductive. Eternity began to deteriorate, facilitating the First Firmament’s consumption of it. Because of this, Galactus sent his own Ultimates to stop the Maker.

After Spectrum and the High Evolutionary killed the Maker’s then-current body, both teams of Ultimates worked together to reverse the damage caused to the Superflow. Using the nanites from his armor in the High Evolutionary’s technology, which had been advanced by the Maker beyond its creator’s understanding, Iron Man was capable of interacting with it. Spectrum subsequently used her powers to link together the minds of both teams of Ultimates, allowing their combined brain power to operate the machine, and restore the Multiverse to its normal state.

Hopefully, Marvel will create a new Guardians team with some of the remaining cast since it would be a shame to lose the Guardians when they could play a pivotal role in saving the universe from Celestials and work with the Eternals.

Do you want to see more of the Celestials in the MCU? Let us know what you think!