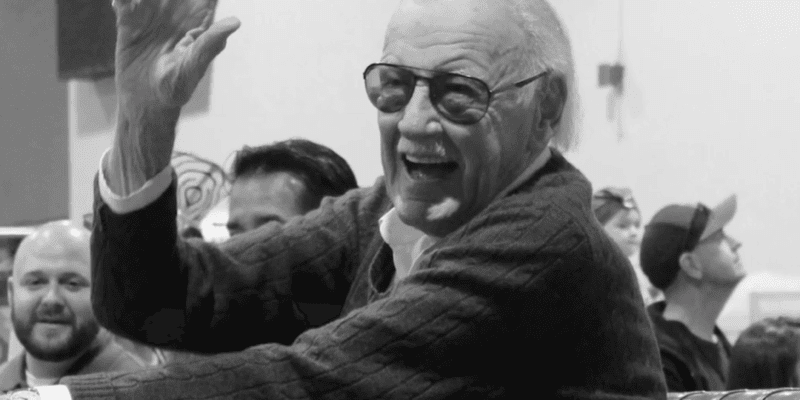 George R.R. Martin admits he doesn’t want to ever end up like Stan Lee.

The Games Of Thrones author acknowledges that Lee helped make Marvel what it is today by the stories he told, but Martin doesn’t like the idea of ever losing control as Lee did. Martin has been known to help HBO with all the adaptations of his work as he provides a lot of guidance on how to handle his characters.

Right now, Martin is helping HBO create a new prequel series for Game Of Thrones called House of the Dragon which will be set around 200 years before Kit Harrington’s Jon Snow or Emilia Clarke‘s Daenerys Targaryen entered the story.

Martin told The Hollywood Reporter that he is delighted with how the new series is turning out as he calls it a “Shakespearian tragedy”:

“It’s powerful, it’s visceral, it’s dark, it’s like a Shakespearean tragedy. There’s no Arya — a character everybody’s going to love. They’re all flawed. They’re all human. They do good things. They do bad things. They’re driven by lust for power, jealousy, old wounds — just like human beings. Just like I wrote them.”

Later on, Martin admitted he felt like he could end up like one of several iconic creators — George Lucas, Stan Lee,  or Gene Roddenberry and the THR asked him which one he hoped to be. Martin admitted he didn’t know, but he definitely didn’t want to be anything like Stan Lee:

“I don’t know. Not Stan Lee at the end. He had no power, no influence. He wasn’t writing any stories. He couldn’t say, ‘Don’t do this character.’ He was just a friendly person they brought to conventions and who did cameos. To be sidelined on the world and characters that you created, that would be tough.”

At the end of the day, it makes perfect sense why Martin has no interest in becoming the next Stan Lee because any creator doesn’t want to see their beloved creations taken away from them. Sure, Games of Thrones won’t be Martin’s forever, but it wouldn’t be great being taken to every convention to be constantly reminded of how little control you have over the franchise you created.

George Lucas is in the same position, but he willingly gave it away once fans claimed he ruined Star Wars with the Prequel Trilogy. Now, fans want Lucas to get the rights back, but it’s too late because Disney won’t allow that to happen.

Martin definitely has a legacy like Stan Lee, but at least, Lee inspired so many people with his work, and is known as the guy who appears as a cameo in several MCU movies isn’t a bad thing. Fans loved Lee for what he did and he got to know that almost everywhere he went. It’s totally understandable for Martin not to end up like Stan Lee, but at least Lee made the most of the situation he was in.

Do you think Martin is right for not wanting to end up like Stan Lee? Let us know what you think!