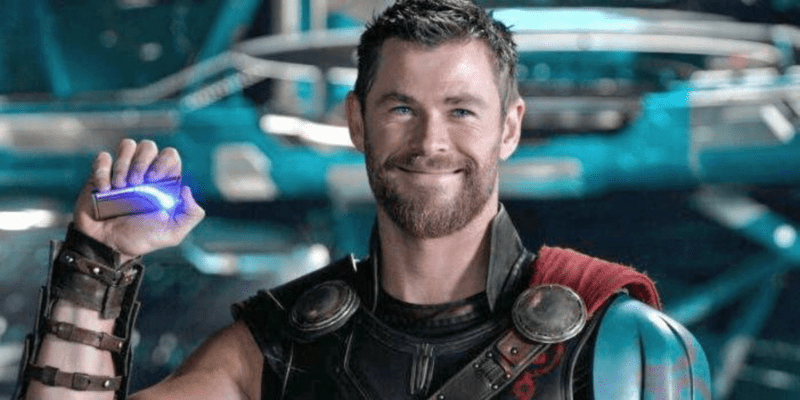 The original six Avengers may be phased out of the Marvel Cinematic Universe and replaced by new heroes, but Kevin Feige isn’t letting Chris Hemsworth’s Thor go anywhere.

Thor: Love and Thunder (2022) is the talk of the town, and every Marvel fan can’t wait to see what’s next in Taika Waititi’s highly anticipated Marvel movie.

Undoubtedly shaking up the Marvel collection with Gorr the God Butcher (Christian Bale) and the inclusion of Celestials from Eternals (2021), Chris Hemsworth is gearing up for his eighth superhero outing in a decade.

The 38-year-old Australian actor has promised that Love and Thunder will go into the history books as one of the best Marvel movies. With the inclusion of Natalie Portman’s Jane Foster/Might Thor, it’s clear that Kevin Feige and Marvel Studios have something bigger planned for Thor Odinson than fans initially realized.

With so many Marvel legends retiring, like Chris Evans and Robert Downey, Jr., it’s only a matter of time until Chris Hemsworth hangs up Stormbreaker for good.

With assumptions and theories that Love and Thunder is Hemsworth’s signoff as Thor (given the retirement nods in the film’s trailer, as well as characters referring to Thor in the past tense), Kevin Feige just stomped out any fears that Chris Hemsworth is leaving the MCU:

Kevin Feige is open to more #Thor after #ThorLoveAndThunder — ‘There are many, many other Thor stories in the comics that we talk about a lot’

Chris Hemsworth’s only caveat: ‘I’d like to exit before people tell me to exit’

Kevin Feige is open to more #Thor after #ThorLoveAndThunder — 'There are many, many other Thor stories in the comics that we talk about a lot'

Chris Hemsworth's only caveat: 'I'd like to exit before people tell me to exit'

While sitting down with Total Film, Kevin Feige shared his hopes for “many” more Thor stories to come to life with Hemsworth at the lead:

“I know this: there are many, many other Thor stories in the comics that we talk about a lot. And as we watch Chris Hemsworth continue to grow and evolve as a major acting talent, I would be excited to see how he keeps evolving this complex character.”

In the same interview, Chris Hemsworth shared his one caveat with returning to Thor: each movie has to be something unique. Without a diverse story to tell, Hemsworth doesn’t want to stick around to see his character grow complacent:

“Each time, if the opportunity comes up and presents itself, I’m just open to whatever creative exploration can happen, thanks to different writers and directors and so on. But I love playing the character, I really do. It always comes down to: ‘Is this script different to the last one? Are we repeating something?’ And when it becomes too familiar, I think that’s when I’d have to say, ‘Yeah, no, this doesn’t… I think I’ve… I’d like to exit before people tell me to exit.”

The actor also recently stated that he’d only return for more Thor outings if director Taika Waititi is at the helm:

“I don’t know that I would’ve done another if Taika hadn’t said yes, he was going to do it. And he had written this beautiful script which was a wacky, crazy, romantic comedy set in space and that I hadn’t seen before.”

While all good things have to end, Chris Hemsworth still has a massive role in the Marvel Universe: introducing Beta Ray Bill — undoubtedly one of the most popular honorary Asgardians in Marvel comics history.

Marvel fans are in for a while ride with Thor: Love and Thunder this July!