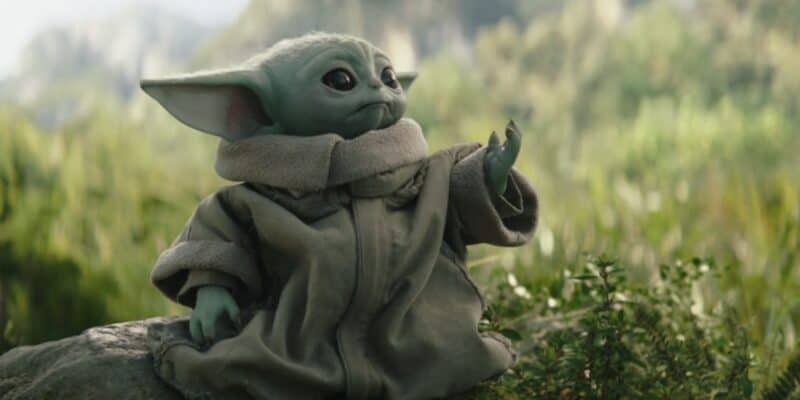 If you’re a Star Wars fan, you’re probably more than a little bit familiar with Robert Rodriguez. The From Dusk Til Dawn director has recently become a favorite of Jon Favreau and Dave Filoni in their Mandalorian universe.

Rodriguez directed The Mandalorian Season 2, Episode 6 (“Chapter 14: The Tragedy”), which turned out to be a pivotal installment in the series. Not only did it officially reintroduce legendary bounty hunter Boba Fett (Temuera Morrison) and bring back Season 1 character Fennec Shand (Ming-Na Wen), but the installment saw Grogu (AKA “Baby Yoda”) get kidnapped from right under Din Djarin’s (Pedro Pascal) nose on Tython.

In the prior episode, Filoni’s Samurai-inspired “Chapter 13: The Jedi,” Star Wars: The Clone Wars fan-favorite Ahsoka Tano (Rosario Dawson) made her live-action debut, advising Djarin that the Jedi “Seeing Stone” on the planet could help Grogu connect with fellow Force sensitives.

Outside of his recent Star Wars involvement, Rodriguez has worked on a number of other projects, including an extremely unique movie with the eccentric John Malkovich.

100 Years is a movie directed by Robert Rodriguez and stars John Malkovich that is set to release in November 2115, or roughly 93 years from now.

The creators of the movie released three teasers, which showcase three different futures – an incredibly high-tech version, a dystopian semi-collapsed civilisation version, and a retro-future, how it was imagined in the 40s and 50s version.

In a prior interview with Gizmodo, Malkovich spoke about the three teasers that were created for the movie, in collaboration with the makers of Louis XIII cognac:

“There were several options when the project was first presented of what [the future] would be,” said Malkovich. “An incredibly high tech, beyond computerized version of the world, a post-Chernoybl, back to nature, semi-collapsed civilization and then there was a retro future which was how the future was imagined in science fiction of the 1940s or 50s.”

All three teasers for 100 Years can be viewed below:

100 Years is slated to release on November 18, 2115. Gizmodo’s 2015 article shared details about how the film will purportedly be screened a century from now:

How the team at Louis XIII envisions this all going down: they are sending out metal movie tickets to about 1,000 influential people inviting them to invite their descendants to a screening exactly one century from today. At that time, they’ll grab an old projector (the movie will be preserved on film stock) and press play. Will that actually happen? Who knows.

Are you familiar with Robert Rodriguez’s 100 Years project?

Comments Off on ‘Star Wars’ Director Made a Movie You’ll Never See, Won’t Release Until 2115