Marvel Warns 'Doctor Strange 2' a "Trap" for Characters, Some Won't Return - Inside the Magic 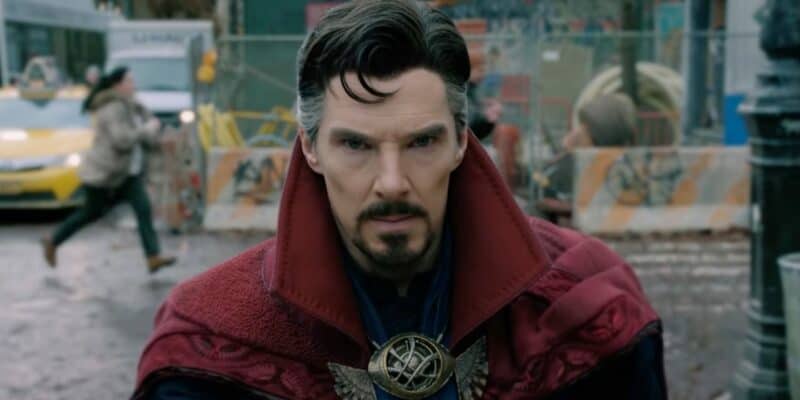 The Marvel Cinematic Universe is about to expand and possibly break with Doctor Strange in the Multiverse of Madness (2022). Marvel isn’t playing it safe with this movie, especially with writer Michael Waldron teasing that the Multiverse is a “trap.”

Related: “Here Are My Thoughts,” Canceled Marvel Star Praises Being “Most Respected” in ‘Ant-Man 3’

The legendary return of director Sam Raimi (Spider-Man, Spider-Man 2) to the Marvel Universe with Doctor Strange revitalized Marvel’s community of loyal fans, especially ones who have long hoped that Raimi would return to the directing chair for Spider-Man 4 with Tobey Maguire.

Leading Doctor Strange in the Multiverse of Madness, Sam Raimi promises more mind-blowing experiences than every Marvel fan could imagine. Still, one of Raimi’s closest friends and one of the most infamous Marvel actors may have confirmed that the director’s vision has been cut down with post-production editing of significant scenes.

Marvel isn’t sparing a penny for this game-changing event, going as far as to initiate extensive reshoots of the film to ensure it’s perfect.

Though the Marvel movie is much shorter than recent blockbusters (runtime of 2h 6m), Michael Waldron, the film’s head writer, just revealed to Gamesradar that the gigantic Multiverse is a “trap” for storytelling and beloved characters:

“The danger is you can expand your scope too wide, and you can actually reduce the stakes if you don’t make it personal as you go bigger and wider. But the opportunity in the multiverse is to have characters confront literal ‘What ifs?’ and alternate versions of themselves and perhaps others in their lives. It’s an interesting way to hold up a mirror to characters.”

Michael Waldron, Marvel’s go-to writer for the streaming series Loki, continues how the Multiverse “shapes” the “emotional heart” of the Madness story:

“In every way, it shapes the emotional heart of the story. It has to. The multiverse isn’t just a MacGuffin where we’re like, ‘Okay, this is just a kitschy thing that we’re playing with in this movie.’ If you’re faced with alternate realities and with alternate versions of yourself that has to become the emotional heart, exploring who you might be if you were a different version of yourself, if you made other choices, the right choices or the wrong choices. It’s complex stuff, emotionally, and that’s exactly why it’s so thrilling and so great for a cast as dramatically talented as this one.”

One of the biggest pitfalls that Marvel could fall into with this Doctor Strange sequel is trapping well-known characters into random universes, expanding the overall Marvel collection too rapidly, and losing audiences like DC is doing after having three different Batman actors (Robert Pattinson, Michael Keaton, Ben Affleck) at the same time.

Related: Samuel L. Jackson Thrills Marvel Fans, Is “Back With a Fury”‘

Which characters do you think aren’t going to survive? Let us know in the comments below!

Comments Off on Marvel Warns ‘Doctor Strange 2’ a “Trap” for Characters, Some Won’t Return