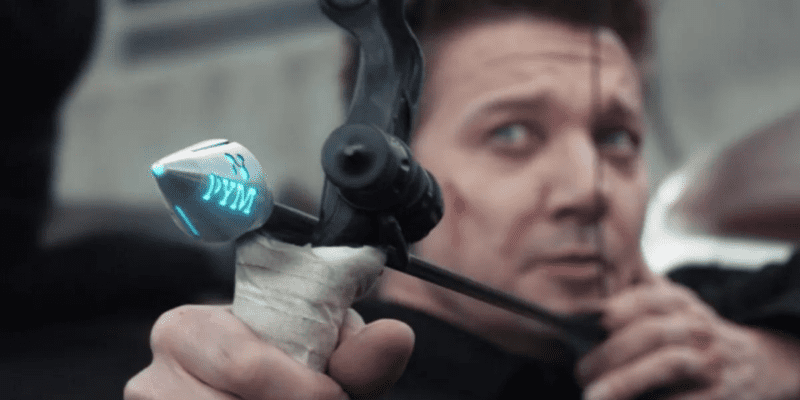 Nielson ratings can be intriguing for TV fans, particularly in the age of streaming platforms — the watch chart told Star Wars fans, for example, that The Mandalorian was 100 times more popular than the average U.S. series during its first season. Unlike previous eras when major networks like ABC, CBS, and NBC competed against one another for viewership on any given night of the week, subscribers can now check out their favorite Disney+, Netflix, Hulu, and HBO Max series whenever they choose.

Recently, Kevin Feige’s Marvel Studios has been toppled from its spot atop the Nielson charts by Netflix series Lost In Space. Hawkeye — the latest Disney+ Original series in the Marvel Cinematic Universe — is “plummeting down the watch chart” according to one recent report.

The article also noted that the “Netflix sensation logged a total of 1.01 billion minutes watched in the pollster’s latest rankings, nearly twice the amount of Hawkeye.”

Of Marvel Studios’ five Disney+ shows so far — WandaVision, The Falcon and the Winter Soldier, Loki, What If…?, and Hawkeye — only Tom Hiddleston and Owen Wilson’s Loki has been renewed for a second season.

Hawkeye, however, is set to get a spinoff entitled Echo starring Alaqua Cox (Maya Lopez/Echo). The show will also likely see the return of Vincent D’Onofrio (Wilson Fisk/Kingpin), a Daredevil fan-favorite character who made his Marvel Cinematic Universe debut in the New York City-set. series.

Previously, Feige spoke about his excitement for Hawkeye, which opens up a “street level” MCU that connects to the Marvel Comics world in meaningful ways:

“This [Hawkeye] is fun because it is a Christmas story that is taking place during the holidays, and it also is based on early discussions about a limited time period. About setting a series in, you know, not quite real-time, but essentially in a-in a six-day period. Six episodes, six days. Will Clint make it home for Christmas? Which was fun and a breath of fresh air after world-ending stakes and celestials bursting out of planets and Multiverse shenanigans that this is, like Hawkeye himself, a grounded family-based show.”

Echo does not yet have a known release date.

Do you think the next Marvel series will climb back up the charts?