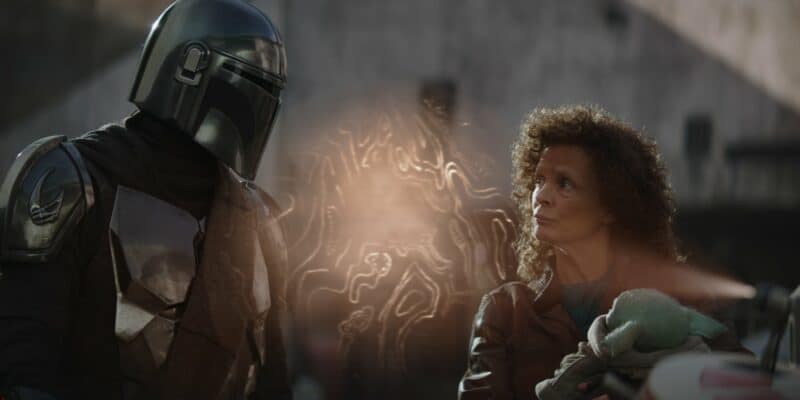 When Jon Favreau and Dave Filoni’s Mandalorian spinoff series, The Book of Boba Fett, was announced during The Mandalorian Season 2 finale episode’s post credits scenes, Star Wars fans were caught off guard, to say the least.

When The Book of Boba Fett picked up — it premiered on the Disney+ streaming platform on December 29, 2021 — Fett is serving as Daimyo on Tatooine, and things are not (as one might have expected) going swimmingly on the desert planet.

**SPOILERS FOR THE BOOK OF BOBA FETT SEASON 1, EPISODE 3 BELOW**

As Fett struggles to find his footing as the new leader of Tatooine’s active criminal underworld — including dealing with the Hutt twins and the Pykes — Star Wars fans have been expecting cameos from a number of popular characters.

Related: ‘Star Wars: The Bad Batch’ Is Fixing the Big Problems With Order 66

This week, however, we did get a surprise cameo by a fan-favorite Mandalorian character who has not been widely discussed leading up to The Book of Boba Fett. Amy Sedaris’s Peli Motto made her return [above] to the Star Wars galaxy as Fett rides a Bantha through Mos Espa, above the ominous stormtrooper helmets on spikes that previously appeared in The Mandalorian.

Motto, the manager of Hangar 3-5 at Tatooine’s Mos Eisley spaceport, made her debut, alongside her trio of DUM-series droids — in The Mandalorian Season 1, Episode 5 (“Chapter 5: The Gunslinger”). The skilled, if irreverent and eccentric, engineer assisted Pascal’s Djarin and Grogu on their journey across the galaxy, becoming an ally of sorts to the unlikely duo.

In The Book of Boba Fett, Motto is seen only from afar, but she appears to be leading her group of droids on a clearcut mission of some kind. It will be interesting to see if the character comes back in a meaningful capacity before the end of the season.

Per Star Wars: Complete Locations, there are approximately 84.6 miles between Mos Eisley and Mos Espa, so there is undoubtedly a reason Motto trekked away from her home.

Fans online shared a map from the book [below] that shows the geography of Tatooine.

At this time, Sedaris’s future in the Star Wars universe beyond this cameo has not been confirmed, but it is certainly possible that she could appear in The Mandalorian Season 3 or Ahsoka as well.

The scrappy proprietor of Hangar 3-5 in the Mos Eisley Spaceport, Peli Motto makes a living refueling and repairing battered ships. With the help of a team of hyperactive pit droids, she can make quick work of the worst carbon scoring, but she’s willing to tackle the job herself for an additional fee.

Are you hoping for more Peli Motto as the “Mando-Verse” continues to expand?