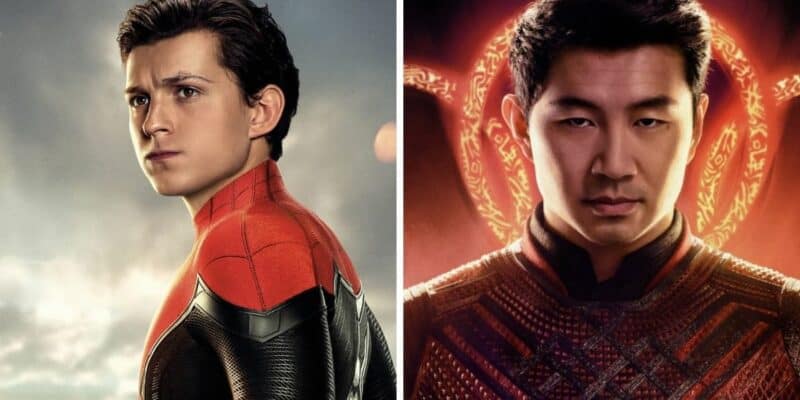 There has been intense speculation the last few months over the plot and cast for Kevin Feige’s upcoming Marvel Cinematic Universe movie, with Marvel fans anxious to see if Tobey Maguire and Andrew Garfield will be making an appearance.

Now, it appears that it’s not only a hot ticket for Marvel fans – Marvel stars want their own piece of the web-slinging action.

The movie is now available on Disney+ and also stars Awkwafina, Ben Kingsley, and Meng’er Zhang. Shang-Chi 2 is reportedly already in development at Marvel Studios.

Apparently, though, this success isn’t enough for Simu Liu, who clearly wants a part of the upcoming MCU movie Spider-Man: No Way Home.

Every Marvel fan is ready to see the Sinister Six from Marvel Comics make their live-action Marvel Universe debut in No Way Home and take on Tom Holland’s web-slinging Avenger, including apparently Simu Liu!

The official trailer for Jon Watts’ No Way Home broke the internet last month, with the third installment of Tom Holland’s Spider-Man movie saga looking to be a dramatic and franchise-changing addition to the MCU timeline.

In a post on Twitter, Liu jokingly said that he’s “offended” that no one thought he would also be appearing in Spider-Man: No Way Home since he too has previously appeared as Spider-Man.

The catch? The Shang-Chi actor didn’t play Spider-Man in a movie but used to dress up as the character for children’s birthday parties in and around his home city of Toronto for work:

Having played the role of Spider-Man at birthday parties in and around the Greater Toronto Area, I’m a little offended nobody thought I was going to be in No Way Home

Having played the role of Spider-Man at birthday parties in and around the Greater Toronto Area, I'm a little offended nobody thought I was going to be in No Way Home

Not a stranger to comedy, Shang-Chi and the Legend of the Ten Rings (2021) star Simu Liu made his hosting debut on SNL last month, alongside Saweetie as the musical guest.

Would you want to see Shang-Chi featuring in No Way Home? Let us know in the comments!