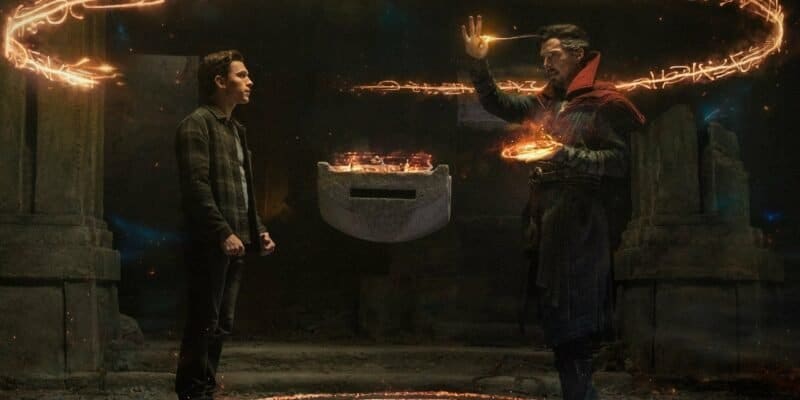 Marvel Cinematic Universe fans have come to know Kevin Feige’s version of Peter Parker/Spider-Man (Tom Holland) as a carefree high schooler who has a slightly nerdy streak and is absolutely in awe of his mentor, Tony Stark/Iron Man (Robert Downey, Jr.).

The friendly neighborhood super hero grew up quickly at the end of the Infinity Saga, though, after watching Stark sacrifice himself to save the Marvel Universe from Thanos (Josh Brolin) in Avengers: Endgame (2019).

Now, Holland returns for this third solo outing — a follow-up to Spider-Man: Homecoming (2017) and Spider-Man: Far From Home (2019) — and the actor has spoken out about how Marvel fans should expect a very different Spidey than they’ve seen in the Avengers franchise so far.

In a recent interview, Holland shared that Spider-Man: No Way Home will be a much darker affair than his prior outings:

Now that the Marvel Multiverse has been blown wide open — thanks to Loki (Tom Hiddleston) and Time Variance Authority Agent Mobius (Owen Wilson) in Loki — rumors abound that Holland will be joined by former “Spider-Men” Tobey Maguire and Andrew Garfield in No Way Home, though both Holland and Garfield have vehemently denied the rumors.

There are also numerous reports that Charlie Cox’s Matt Murdock/Daredevil will make his MCU debut in the upcoming movie. Disney finally obtained the rights to Netflix’s Daredevil characters in 2020, leading fans to believe it’s only a matter of time until we see the Hell’s Kitchen attorney in the Marvel Cinematic Universe.

For now, though, several fan-favorite characters have been confirmed to reprise their roles in MCU.

Are you looking forward to the darker nature of the conclusion of the MCU’s Spider-Man trilogy?