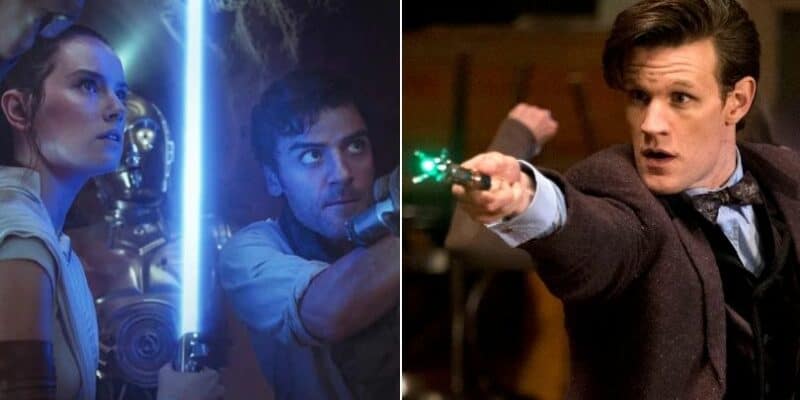 It is worth noting that the trilogy’s first film, directed by JJ Abrams, fared decently, although fans were not necessarily sold on the new core trio of Rey (Daisy Ridley), Finn (John Boyega), and Poe Dameron (Oscar Isaac) — but they were certainly willing to give them another shot.

Then, Rian Johnson’s wildly divisive Star Wars: Episode VIII – The Last Jedi (2017) hit theaters, and the majority of Star Wars fans hit the roof. There was, admittedly, a lot to complain about in the film. Whether moviegoers were dissatisfied with Jedi Master Luke Skywalker’s (Mark Hamill) anticlimactic death on Ahch-To or the general lack of direction in storytelling, it is arguably the most maligned installment in the entire Skywalker Saga.

Finally, the nine-film epic officially ended with Star Wars: Episode IX – The Rise of Skywalker (2019). The film was once again directed by Abrams after Colin Trevorrow exited the project — Abrams has since admitted he lacked direction, and the movie showed it.

Now, Matt Smith (Doctor Who) has spoken out about the character he was supposed to play in The Rise of Skywalker, claiming the Trevorrow-created role would have been “transformative” for the Star Wars franchise.

In a recent interview, the actor said:

“We were close to me being in it but then it just never ever quite happened… I think the thing they were thinking of before eventually the part became, y’know, it became obsolete and they didn’t need it and so I never got to be in Star Wars.”

Smith also expounded on the character he would have played, and noted that his role would have marked a “big shift in the history of the [Star Wars] franchise”:

“We were close to me being in it but then it just never ever quite happened… I think the thing they were thinking of before eventually the part became, y’know, it became obsolete and they didn’t need it and so I never got to be in Star Wars.”

It is important to note that movies go through all sorts of phases before they reach their final cuts. From set concept designs [above] that never see the light of day to characters like Smith’s, it is not unusual for blockbusters like the Star Wars films to have numerous iterations.

Next up in the Star Wars story is Jon Favreau, Dave Filoni, and Robert Rodriguez’s The Book of Boba Fett, which Favreau has billed as “the next chapter” of The Mandalorian saga.

As for feature films, Patty Jenkins’s Star Wars: Rogue Squadron is currently due to release in December 2023. It will be followed by Kevin Feige and Taika Waititi’s as-yet-untitled movies.

What type of character do you think Matt Smith would have played in the Star Wars galaxy?