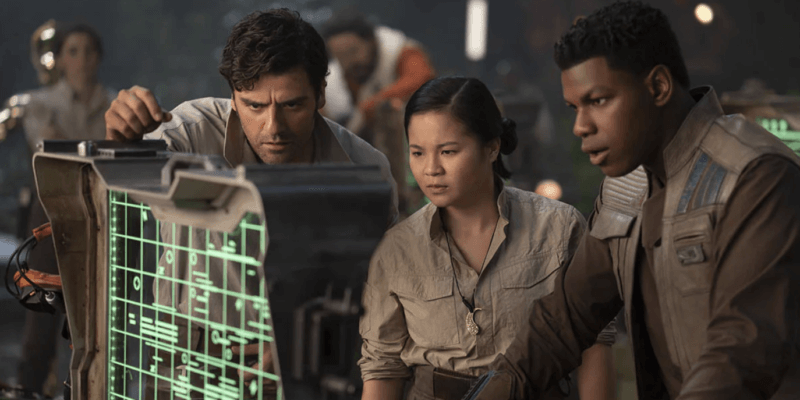 When a film is in development, there are all sorts of set designs, characters, and plot points that don’t make the final cut. This is especially true in a cinematic universe as detailed as the Star Wars galaxy.

The world George Lucas created in the 1970s is filled with stunning planets and amazing storylines — but, there are also a number of things that never made it onto the big screen. Recently, film concept artist Adam Brockbank has been sharing Star Wars Skywalker Saga sequel trilogy concepts on social media.

Then, Lucasfilm creative art manager Phil Szostak began resharing the posts with his own followers. Most recently, Star Wars fans got a look at two incredible Rebel bases that never saw the light of day.

It appears that this artwork may have been an early vision for the Ajan Kloss Resistance base that made it into the final cut, though this was not confirmed.

At one stage we explored the possibility of the rebel base in TROS [Star Wars: Episode IX – The Rise of Skywalker] being inside a giant tree…

Brockbank shared another similar Star Wars concept that never saw the light of day, with the caption:

In the second post, Chewbacca and Rey are clearly visible with the Millennium Falcon. Even though we never got to actually see this amazing Rebel tree base come to life, getting a glimpse of the concept art that was used to develop the Star Wars sequel trilogy is a treat for fans.

No matter what your opinion is of the sequels — we know the fandom will never agree about Rian Johnson’s Episode VIII –The Last Jedi — the amount of work that goes into bringing a galaxy far, far away to movie screens and living rooms around the world cannot be overstated.

At this time, sequel trilogy stars Oscar Isaac (Resistance pilot Poe Dameron), John Boyega (ex-stormtrooper Finn), and Daisy Ridley (heroine Rey Skywalker) have all indicated they do not have immediate plans to return to the Star Wars franchise.

However, if there’s one thing we know about Star Wars, it’s to never say never.

Getting Harrison Ford to reprise his role as Han Solo in Star Wars: Episode VII – The Force Awakens (2015) was no easy task for Lucasfilm executives. Furthermore, Mark Hamill said he did not intend to return as Luke Skywalker following the sequels, then surprised fans by coming back as a CGI version of the Jedi Knight in The Mandalorian Season 2 finale.

The late Carrie Fisher also joined her original trilogy costars as Princess General Leia Organa in the sequels, but tragically passed away before filming was complete.

What do you think about this Rise of Skywalker concept art from the Star Wars sequels? Do you hope this amazing idea for a Rebel base in a tree eventually becomes a reality?